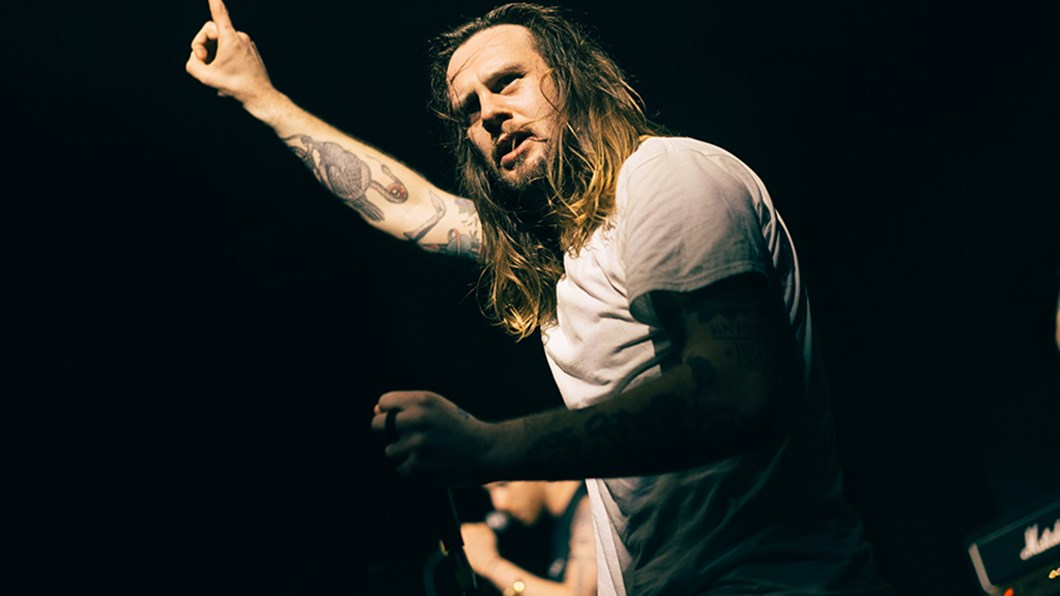 While She Sleeps "So What?" EU Album Release Tour Highlights

English metalcore band While She Sleeps are currently in the midst of their U.K. + European tour in support of their latest album So What?, which dropped on March 1st. Although they have not released any work since 2017's You Are We, the band teased the album for fans with singles "Anti-Social," "Haunt Me," and most recently with "The Guilty Party."

Check out their latest music video for "The Guilty Party" below:

Throughout the tour, While She Sleeps have been performing all three new So What? tracks with each tour stop before bringing out older tracks from previous albums. With only a 13-track setlist, the band treated fans to the ultimate album teaser each night. Curious to see which songs made the setlist? Keep on reading to see if your favorite track made the cut!

With only 13 slots of songs to fill for each show, While She Sleeps makes sure to kick off each show with nice and heavy lead single "Anti-Social." Expect the most traditional rock show sans any theatrics.

Within the first few songs of the set, the rockers tap into their previous albums You Are We and 2015's Brainwashed playing each title track and singles before transitioning into tracks from their new album.

Check out the setlist from their March 1st show at the Roundhouse in London, England: 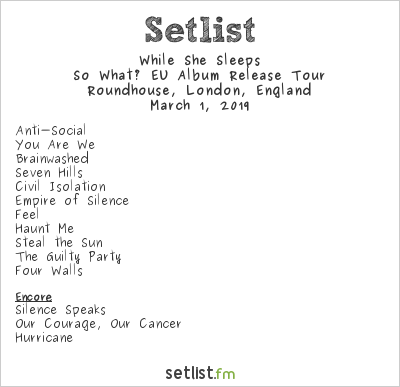 Huge thanks to @choirnoir for their unbelievably inspiring hard work and passion. They made our London show at the roundhouse so so so so special. Shall we have them sing at more shows? ❤️ Photo @tobyrmedia

Not only did While She Sleeps bring out a choir to perfect a more wholesome on-stage sound, but they also brought out lead singer Drew Dijorio from Stray From the Path, who are one of the opening bands for the tour. Dijorio accompanied the band to perform "Haunt Me" alongside the choir to perform the heavy track.

Just remembered I caught @DrewDijorio from @strayfromdapath doing a part during Haunt Me at the @whileshesleeps show in Glasgow the other night, so sick! pic.twitter.com/UKbql8ewPr

While She Sleeps are set to hit the road with Architects and Thy Art Is Murder for their 2019 North American tour. For all tickets and tour info, check out the band's website. For all the latest setlist and tour updates, be sure to check back with LNTV

Topics : while she sleeps