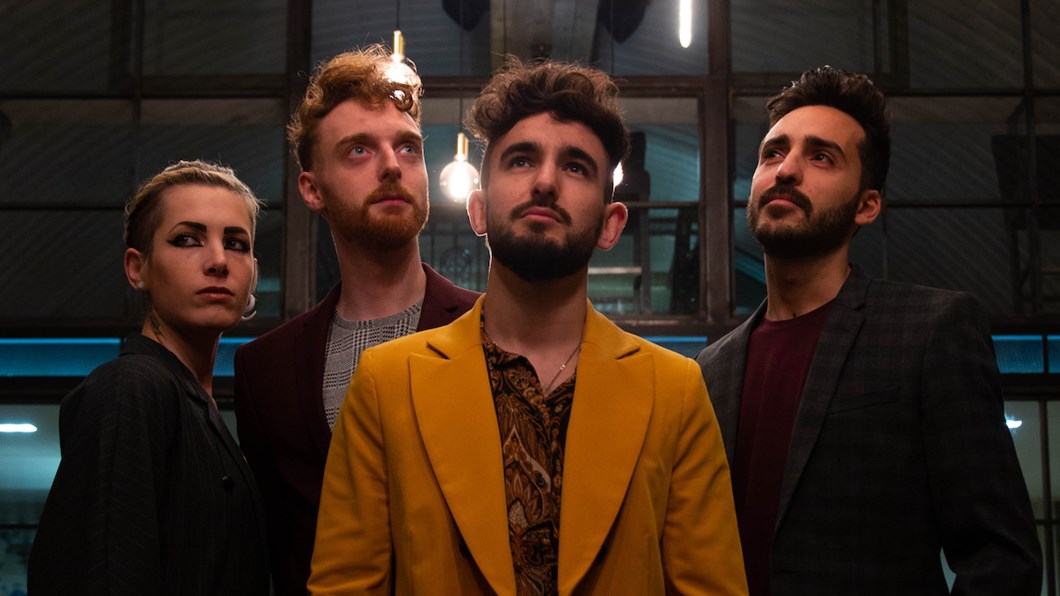 Touting an energetic angst powered by heavy guitars, colossal drums and dynamic vocals, the four-piece Electric Enemy is making music that you can’t help but be hooked by.

The London-based band is set to deliver a special set presented by Live Nation. We caught up with the band to chat about their origins, rise and major achievements.

Hi, folks! Thanks for taking the interview. Can you introduce yourself? E.g. where are you from, music background, where are you based?

Thanks for having us! We are Electric Enemy, a rock band based in London UK, with a weird and wonderfully diverse background in music! Two of us are British and two are Italian which makes for some pretty decent dinners.

How did you all meet? What was it about one another that formed that attraction?

Some of us met at music college, and others through online adverts (no, not those ones...), but it was the unspoken understanding of the process which ‘the song’ needs which really attracted us to each other. A lot of bands spend years learning the ‘how’ but we more or less hit the ground running on so many levels... not one spare part here!

Tell us the story behind the name Electric Enemy.

The name and meaning behind it evolves everyday, but the main sentiment is derived from our modern day connection to technology and how it can often be the enemy in actually connecting with each other. Ask us tomorrow though and I’m sure you’ll get a different answer!

We were all inspired by different acts ranging from the Beatles to Led Zeppelin to the Police and so much more but it’s so hard to nail down one clear inspiration. Everyday we find something new to fall in love with, and sometimes it isn’t even other music which inspires, but an entirely different medium...that’s a tough one!

Imagine Queens Of The Stone Age, Muse and Rage Against The Machine at a party jamming with ABBA...some kind of Heavy Pop I guess?

We love your latest single ‘Hollow Eyes’. What’s the story behind it and what was the creative process like?

Thank you! It came to me when I was having a bit of a self-scrutinize and getting fed up with negative elements of myself (pick an adjective, any adjective!). I sent the song acoustically to the band and we worked out how to make it hit! We’re proud of how it turned out and are really pleased with all of the love it has been getting on streaming platforms like Spotify!

Other songs from the band:

Who do you usually play your songs to first to gauge a reaction?

I am such a harsh self-critic that I live with it for a while and make sure that there is as little wasted space as possible, only then do I send it to the band and our management team and brace for honest impact!

What’s the most exciting thing you’ve done as a band together?

So far, opening the Isle Of Wight Festival Mainstage was incredible! The festival godfather John Giddings invited us to play and if John asks you to play, you make sure you turn up and deliver, and deliver we did! The gig was fantastic but my personal highlight (and don’t let anyone tell you otherwise) was the buggies... don’t even pretend that you wouldn’t have a blast being driven 10ft in an electric buggy...don’t!

Only one?! I personally would love to write a song with Paul McCartney one day because... well... Paul McCartney! Also a tour with Queens Of The Stone Age, Muse, Rage Against The Machine or Foo Fighters would be amazing! We love all music, so would be down for collaborating with all sorts of acts of any genre!

We are very excited about your Virtual World Tour! What should audience expect? Any special message to people who will be watching the performance?

So are we! Thanks for having us! Expect a high energy spectacle that will deliver some of your new favourite songs. Yes we have a message, make sure your device is at full volume, keep your hands inside the vehicle at all times, and get ready to join our family no matter where you are from!

We also send vibes and love to everyone!

Here’s a link if you also want to learn the words: https://ffm.to/holloweyes