Coachella 2018. As the first woman of colour to headline the popular festival, Beyoncé writes history.

Homecoming, a film by Beyoncé, is black excellence. The spectacular documentary shows the breathtaking performance and the hard work and creative concept behind it.

Queen Bey wouldn't be Queen Bey if there wasn't an element of surprise: the singer drops a previously unannounced live-album version of the same concert - including a brand new song!

To stream the album just click on the picture below! 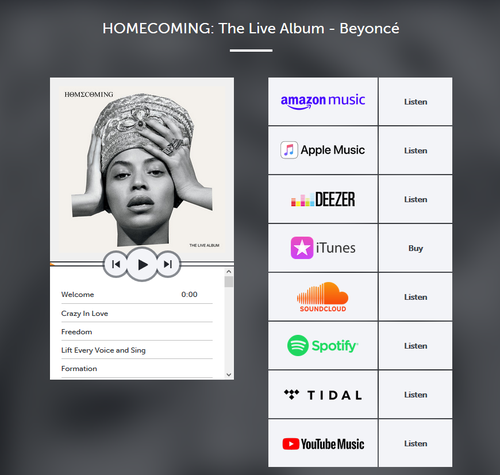