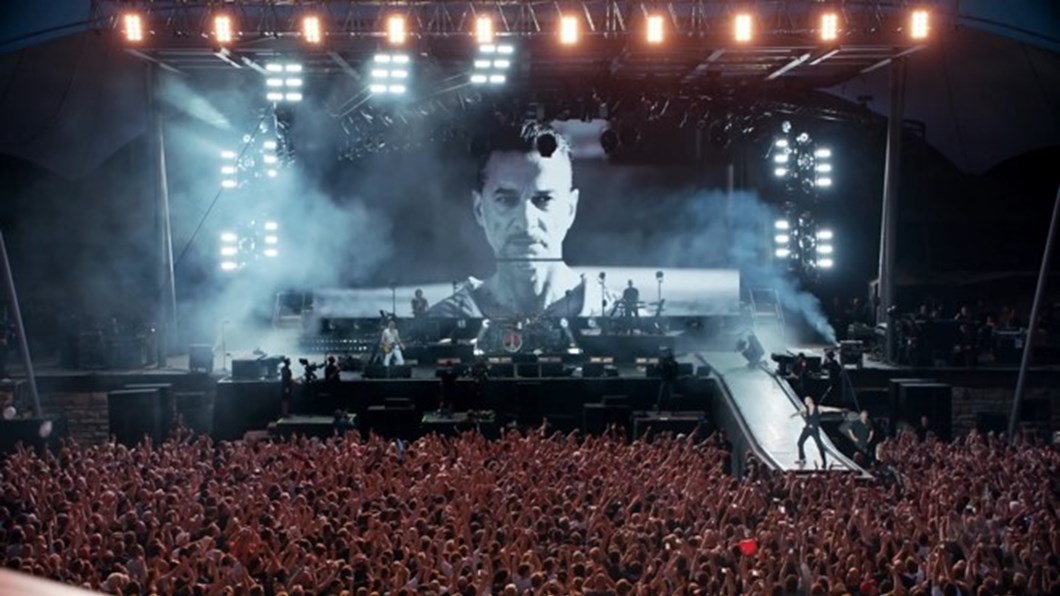 NEVER BEFORE SEEN CONCERT FILM TO BE STREAMED IN ITS ENTIRETY VIA LIVE NATION YOUTUBE CHANNEL AND LIVE FROM HOME PLATFORM AT 12PM PT/3PM ET; WATCH “COVER ME” CLIP HERE

Depeche Mode and Live Nation have partnered to bring audiences around the world together for a one time only live stream of the full concert film LiVE SPiRiTS from Depeche Mode’s boundary-breaking, feature-length documentary and concert film, Depeche Mode: SPiRiTS in the Forest. Fans will be able to watch the full version of LiVE SPiRiTS from the comfort and safety of their own homes via Live Nation’s YouTube channel as well as their Live From Home platform on Thursday, June 25th at 12pm PT/3pm EST.  Although portions of LiVE SPiRiTS, which was filmed at the iconic Waldbühne (“Forest Stage”) in Berlin, has appeared in the documentary, never before has the film been seen uninterrupted in its entirety; now fans can feel they are part of the action and experience the magic themselves.

To celebrate today’s announcement, Depeche Mode is treating fans to a video of “Cover Me” from LiVE SPiRiTS. Please click here to watch “Cover Me”, one of the key tracks from Depeche Mode’s acclaimed 14th studio album Spirit.

This special concert experience is in anticipation of the release of Depeche Mode: SPiRiTS in the Forest to DVD and Blu-Ray on June 26, 2020, which features not only the documentary but also LiVE SPiRiTS and a plethora of other special content. Pre-order here.

This special four-disc (two video discs plus two audio discs) configuration presents the definitive Depeche Mode: SPiRiTS in the Forest experience at its most immersive, and will be available in both DVD and Blu-Ray formats. The package’s two video discs contain the SPiRiTS in the Forest documentary, alongside LiVE SPiRiTS. In addition to the two video discs, the package includes two CDs containing the LiVE SPiRiTS soundtrack, the live audio recording from the performance. The package promises to be essential for collectors, longtime fans, and newcomers alike.