OK, this 2017 BET Awards lineup is getting freakishly stacked. Not only does the awards show already have some A-list acts on deck for this weekend's show (including host Leslie Jones), but on Wednesday, they announced that Mary J. Blige, ASAP Rocky, Gucci Mane and more will be joining the show.

BET revealed that Maxwell, El DeBarge, Xscape, French Montana, Swae Lee, Khalid, SZA and Kamasi Washington will also be peforming at the event when it airs live on Sunday, June 25, from the Microsoft Theater in Los Angeles. 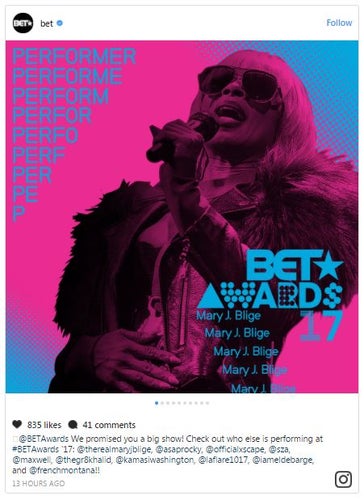