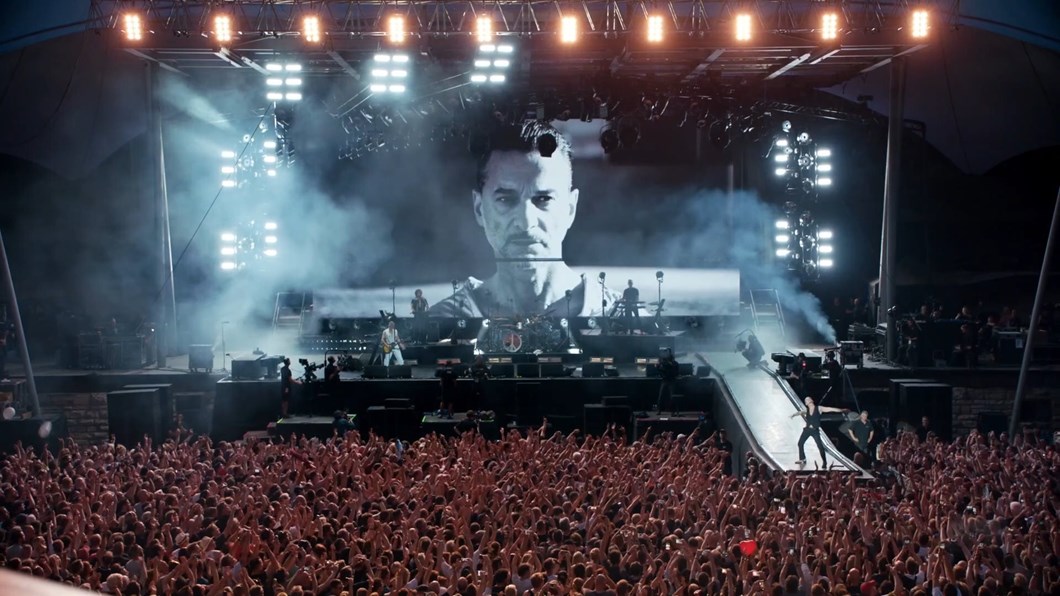 Watch Depeche Mode's LiVE SPiRiTS at the Waldbühne In Berlin

Depeche Mode and Live Nation have partnered to unite audiences around the world together for a one time only live stream of the full concert film LiVE SPiRiTS from Depeche Mode’s boundary-breaking, feature-length documentary and concert film, Depeche Mode: SPiRiTS in the Forest.

Portions of LiVE SPiRiTS, which was filmed at the iconic Waldbühne (“Forest Stage”) in Berlin, have appeared in the documentary, but never before has the film been seen uninterrupted in its entirety; now fans can feel they are part of the action and experience the magic themselves.

To celebrate today’s announcement, Depeche Mode has treated fans to a video of 'Cover Me' from LiVE SPiRiTS, which you can check out here.

You can watch the full version of LiVE SPiRiTS from the comfort and safety of their own homes below! Tune in bright and early this Friday 26 June at 5AM AEST or 7 AM NZST.