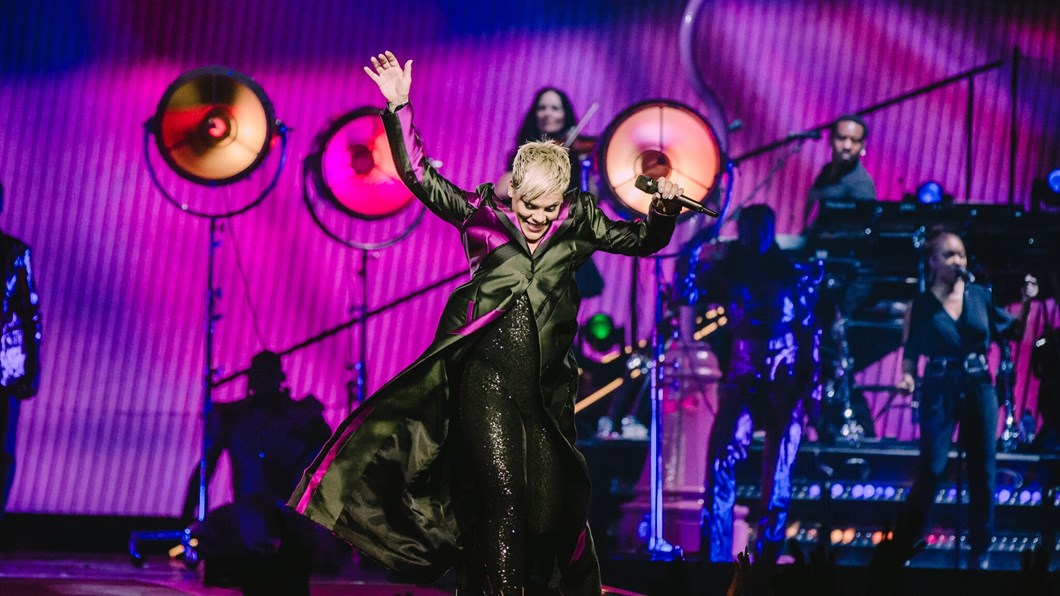 "The 38-year-old – real name Alecia Moore – arrived on stage in her typical dazzling aerial style, hanging from a flame-throwing chandelier decked out in a black sequin jumpsuit while aptly singing her 2001 hit Get the Party Started."—Ross McCrae, The West Australian

"One song in and the audience was stunned, struggling to process the intro as punchy single Beautiful Trauma saw the stage fill with fog and warped streetlights, eventually resembling something from a classic Disney fairytale.

Am I overdoing it?"

Not even close."—Kate Hedley, WA Today

Check out some live shots from the show... 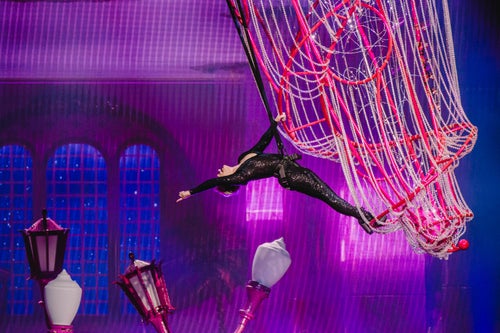 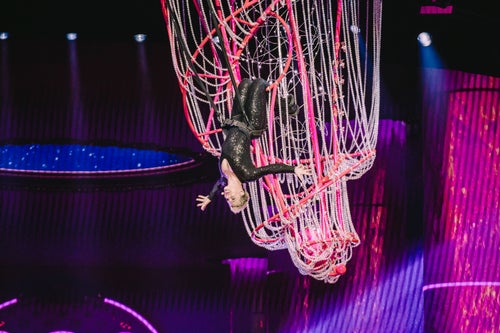 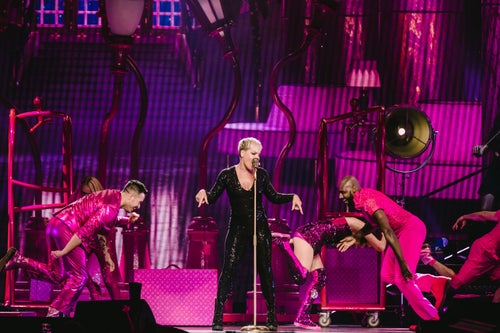 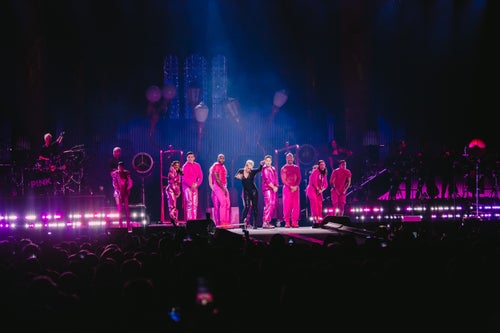 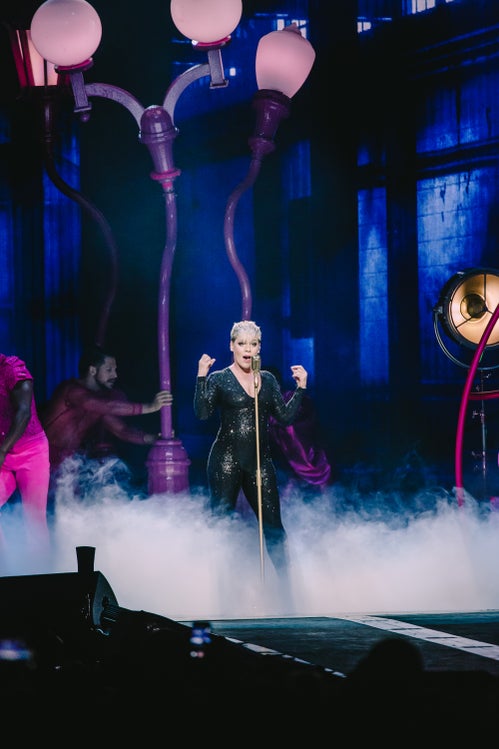 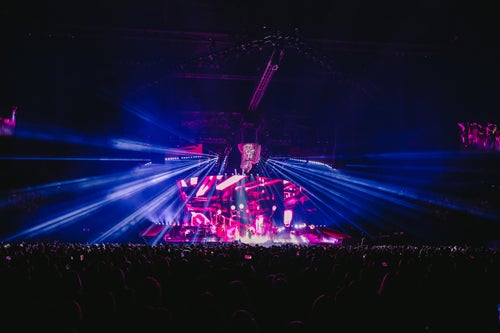 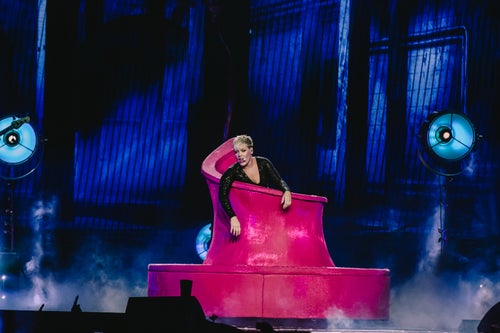 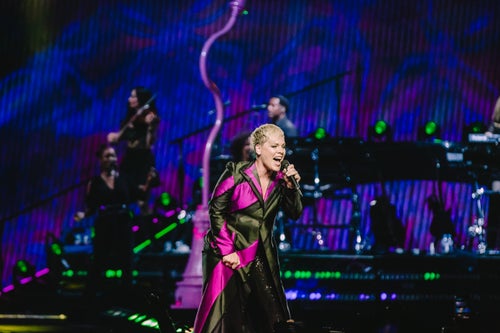 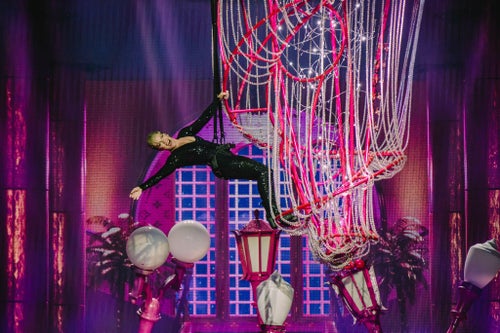 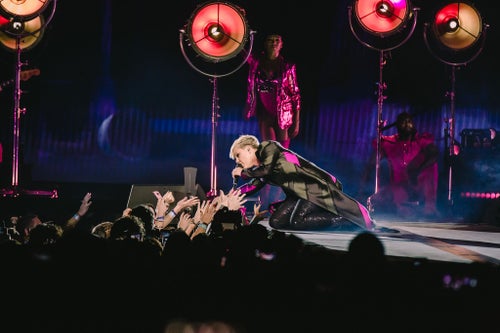 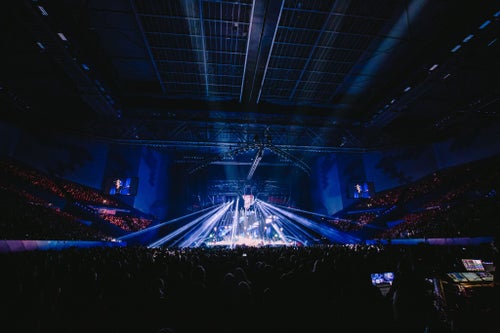 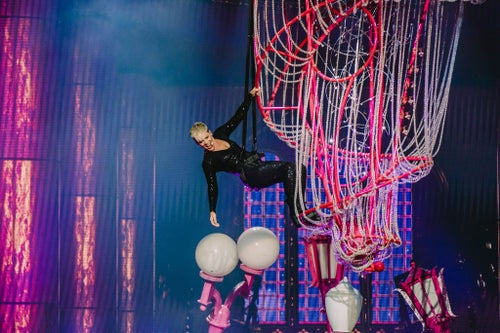 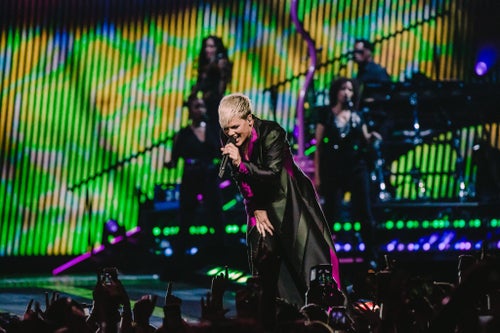 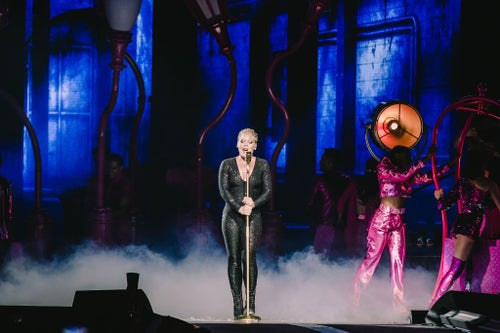 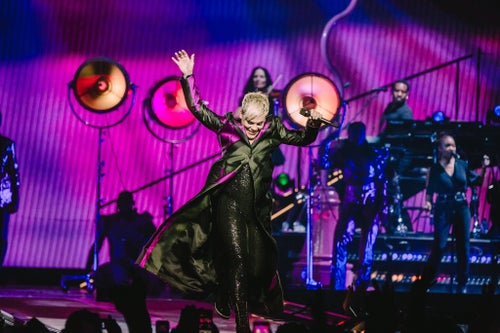