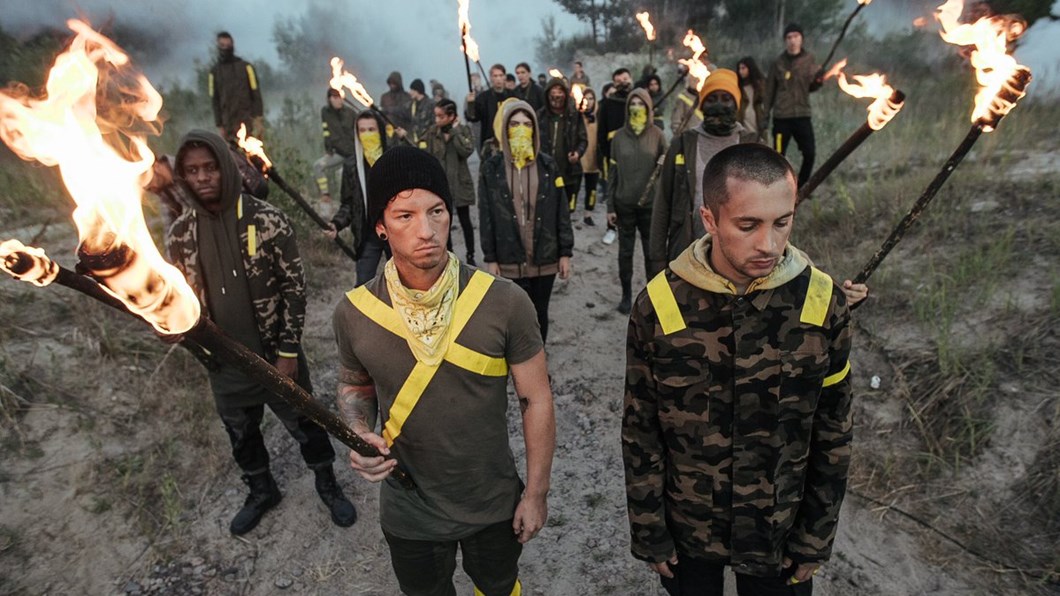 Ahead of their upcoming tour, TWENTY ØNE PILØTS’  have unveiled the track-listing for their third album, ‘Trench’ - set to be released on October 5th. Get tickets to see them live below!

WHAT ABOUT THE VIDEOS?

NICO AND THE NINERS