Pink's crew spend their night off at Melbourne 'soup kitchen'

A number of the P!nk crew (on their night off) went and donated their time to the wonderful NGO 'The Big Umbrella' during their stay in Melbourne. What an awesome and selfless thing to do, just another reason we LOVE P!NK and her amazing team! ❤️❤️❤️ 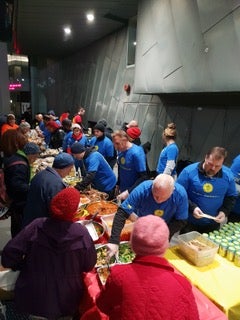 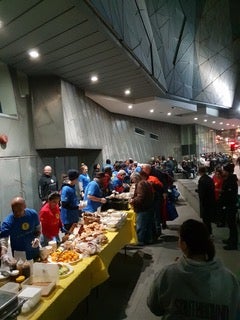 "Tonight we're honoured to have the crew from P!nk #BeautifulTraumaWorldTour come down and join us at #arealmeal. Amazing to witness the team giving up their day off to bring to #bigloveto those that need it most, Sharing and caring for our #FriendsOnTheStreet in #melbourne tonight. Tomorrow you can catch them producing one of the biggest stadium concert tours in the world with the amazing P!NK. P!NK, your crew are amazing #respect #jobwelldone #whatateam #foodrescue #giving #beautifultrauma #whatdidyoudoonyourdayoff" - The Big Umbrella via Facebook.

The Big Umbrella (TBU) Foundation is a NGO based in Australia which is made up entirely by volunteers and works both locally and abroad to address issues impacting on marginalised people, including those affected by human rights abuses, human trafficking, exploitation, forced labour and homelessness. To see P!nk's team show up and dedicate their time between working a super busy lineup of tours across the country, goes to show how truly amazing they really are.

Committed to having a positive impact on the world, P!NK herself has undertaken a serious amount of humanitarian work over the years, with charities such as;
* Artists for Peace and Justice
* GLAAD
* Greenpeace
* Human Rights Campaign
* Keep-a-Breast
* Kind Campaign
* Make Poverty History
* Mines Advisory Group
* NYCLASS
* ONE Campaign
* PETA
* Planned Parenthood
* Population Services International
* Run For The Cure Foundation
* Save the Children
* See It and Stop It
* Straight But Not Narrow
* Sweet Relief Musicians Fund
* Take Back The Night
* The Art of Elysium
* Treatment Action Campaign
* UNESCO
* UNICEF
* unite4:good
* World Animal Protection
* YouthAIDS
and many more. Like being an incredible songwriter that can sing while performing aerial feats is not enough Did somebody say overachiever? 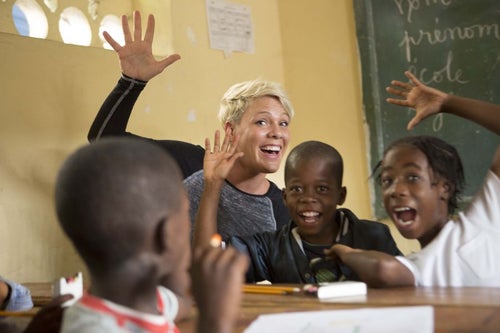 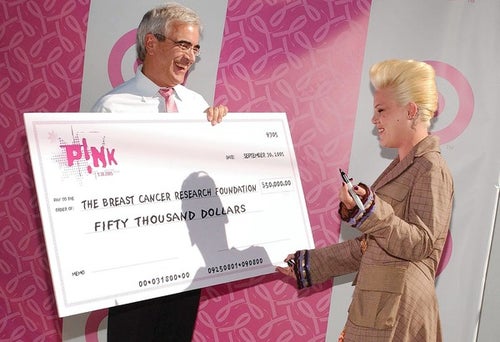 A big shout out to the incredible people at The Big Umbrella for their gracious philanthropy for our community, and to P!NK's team - you rock!