^ Also unrelated but hilarious, check out this clip of Vance Joy riding a VR rollercoaster while answering quick fire questions...

We've heard the hype about Virtual Reality, or VR, but is it going to change the way we consume music?

Recently Facebook has been trialing a new venture called 'Venues' which gives VR users the chance to experience a concert of their choosing in a simulated experience. 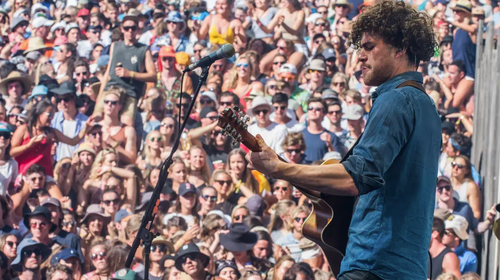 Various media representatives attended a Vance Joy concert, but they didn't even have to leave the Facebook office. While they were seated in a small boardroom of Sydney's Facebook offices, they were also standing on the bleachers of Red Rocks Amphitheatre in Colorado.

Robert Moran from The Sydney Morning Herald described the experience as "an immersive alternative to your bog-standard livestream" where the possibilities are "enticing". However he doesn't believe it's a replacement for the energy and atmosphere of the the real deal.

The experience has been created by Oculus Venues, a venture which has been developed as an "add-on" to the company's groundbreaking new technology of virtual reality. The company aim to shift away from the centralised gaming culture and instead create a more social and inclusive use.

While the programme is still in the trial process, the group did experience glitches in footage, but this was responded to with heckles from melee of avatars in the virtual audience, adding to the reality of this bizarre new technology. 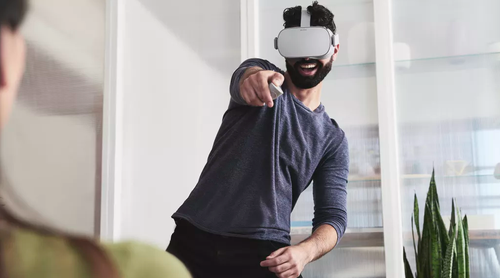 What are your thoughts on the introduction of virtual reality concerts? Let us know on Facebook!