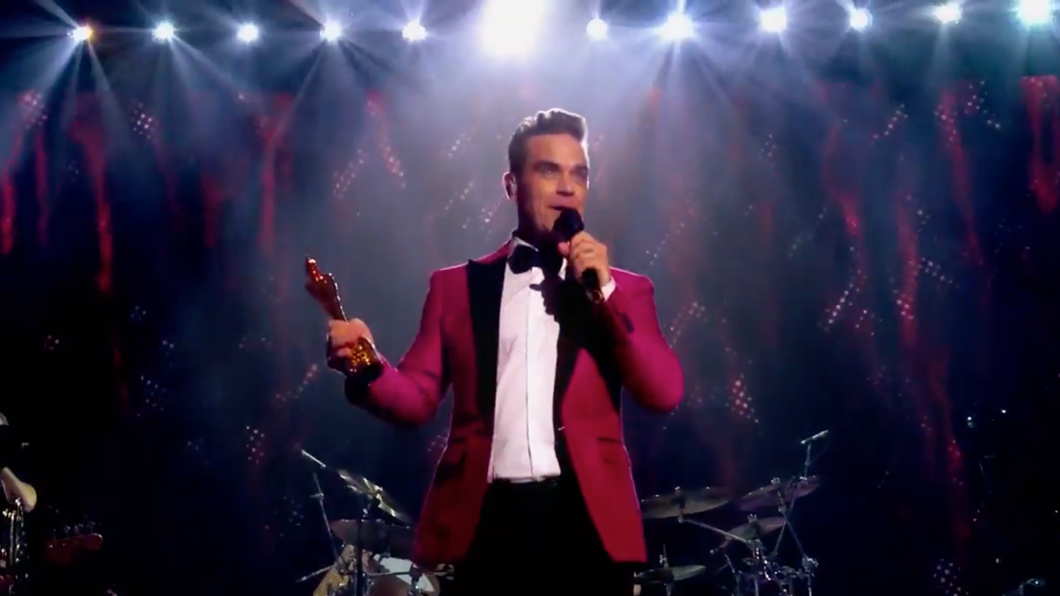 If you weren't glued to ITV1 last night, then you missed out on quite the show.

Yep, after taking place at London's prestigious Troxy venue a month ago, Robbie's BRITs Icon Show - where he was presented with the BRITs Icon award by former bandmates Take That - was broadcast in full on ITV. Missed it? You silly mug! Don't worry - the folks at ITV have you covered and you can watch it back in full on ITV Hub.

Robbie Williams will take his Heavy Entertainment Show Tour around the UK's stadiums in 2017. Synth-pop legends Erasure will support on all dates:

Tickets are on sale now!