Scottish alt-rockers Vukovi have had a rummage through their photo bank and sent us their favourite snaps to show us what life is like as a touring band. Looks like a whole load of fun to us!

"This was taken about 25 minutes before our set in London. It was too warm inside so got my make up done across the road on the grass." 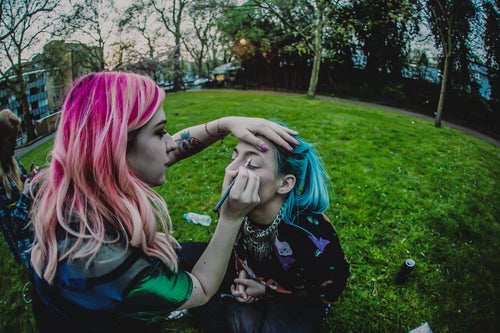 "This was Antwerp, our dressing room was a courtyard outside. One of my fave days so far. Was nice hanging out with fans after the set under the stars." 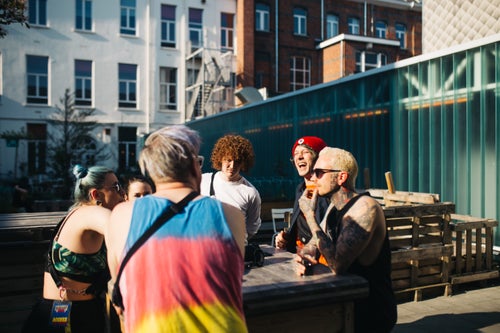 "I had a bottle of rum in my hand with about an inch left in it. I went to take a SIP but the crowd started shouting “chug chug” so I panicked and necked it all. This was taken just after I finished it." 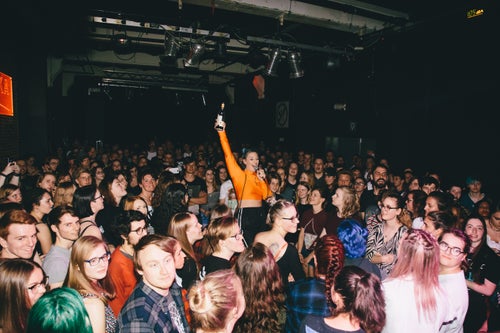 "This was us staying at Hamish’s aunts in Nottingham. It feels like our second home! This is her cat 'The Chairman' hahahaha. It’s legit called The Chairman." 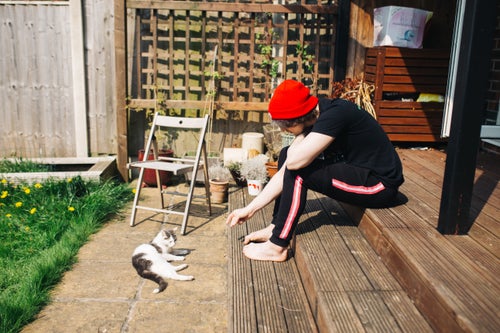 "This was after the Birmingham show, we’d just left the venue for the night and spotted this street so jumped out for an impromptu photo shoot. Only thing was it was quite a busy road so we had to keep running on and off road to avoid being run over." 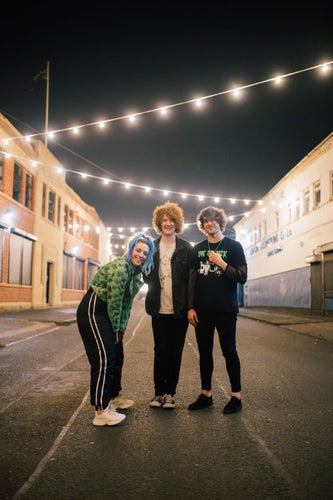 "Just after the Glasgow show. We found these unused thrones in a cupboard. Yasss kweeennnn." 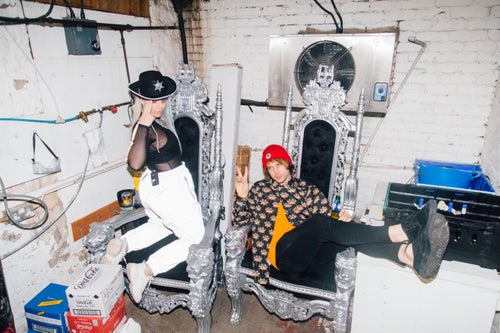 "Our dressing room at our Leeds show was a retro arcade! We were in heaven." 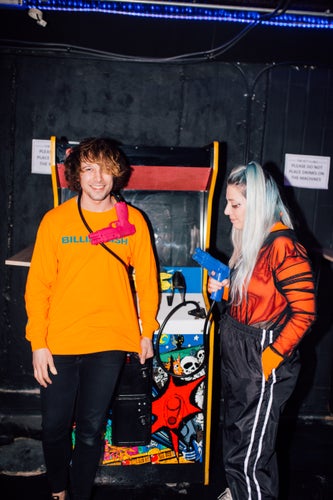 "I couldn’t hear anything on stage at our Manchester show so I got a box and put it in the middle of the crowd. Never seen so many scared/surprised faces." 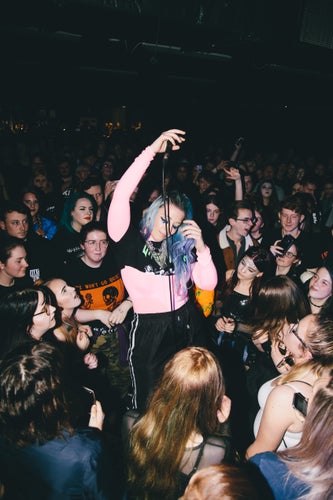 "The best hair in the business." 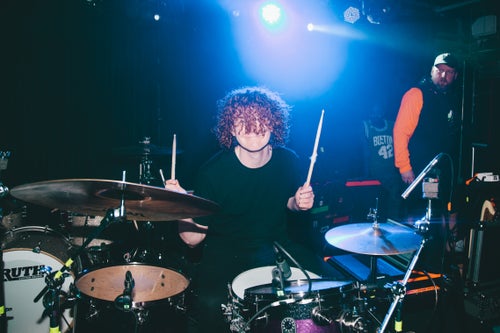 "This was at the O2 Academy in Newcastle. The room still had a beautiful haze of smoke from the show.…" 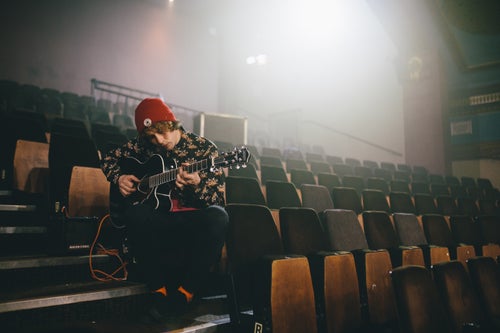 "Hamish split his thumb open on his strings during the Paris show. It was pure boke." 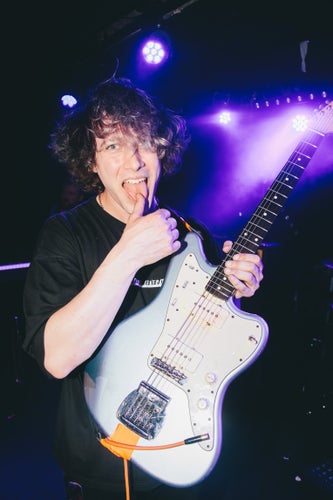