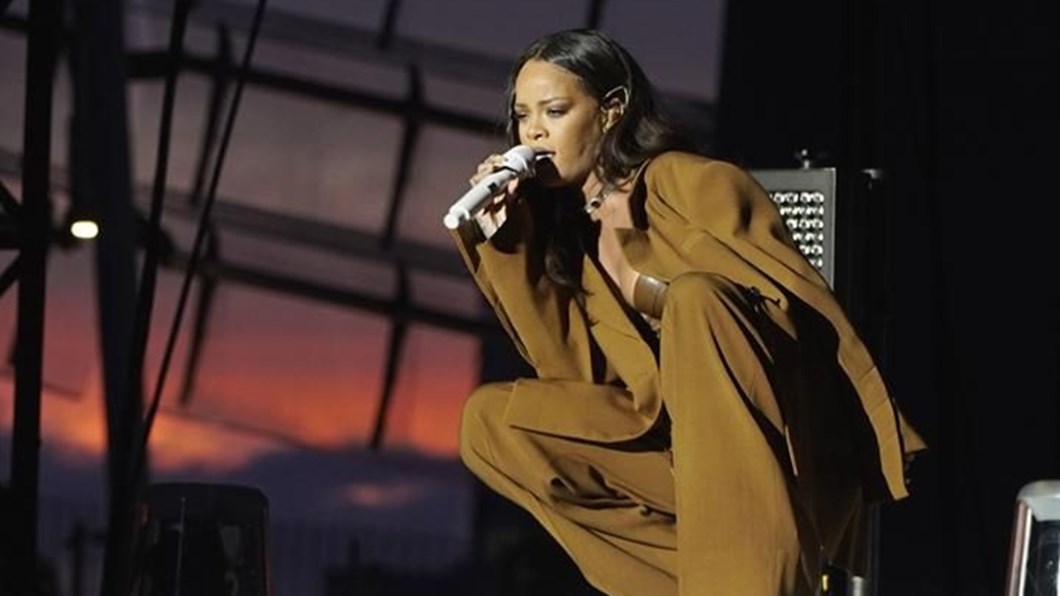 Three Days 'Til Rihanna Lands In The UK! Here's What Happened In Dublin Last Night...

Last night, the Bajan Princess arrived in Dublin for her mahoosive show at the city's Aviva Stadium and it was as dramatic an arrival as ever.

While fans have flocked to Twitter to make sure she's okay after welling up on stage, the critics have been raving about the show.

The Telegraph know what's up, as they said: "Here was a slick, sleek arena blockbuster that didn't waste time on embellishments and instead delivered full-strength shots of sass and escapism. Long may this enigma stay unsolved."

They continue: "She was never less than fascinating, swaying expressively through Pour It Up and grinning fiercely  on Desperado, a power ballad on tank tracks. You understood how Jay Z was moved to offer her a six album deal on the spot when she turned up at his office as a plucky unknown in 2005."

Nope, can't argue with that! Ri-Ri was clearly feeling the vibes by the end of the night, too, as she addressed the crowd before leaving: "I only have ever in my life heard an audience of people scream so loud that they sound like one voice and that only happens in Ireland, in Dublin. Thank you so much."

While you're here, get your head round this MEGA setlist!

Stay
Love The Way You Lie (Part II)
Woo
Sex With Me
Birthday Cake
Rude Boy
Pour It Up
Needed Me
B*tch Better Have My Money
Goodnight Gotham
Consideration
Live Your Life / Run This Town
Numb
Desperado
Work
One Dance / Too Good
What's My Name?
Take Care
We Found Love
This Is What You Came For
Only Girl (In The World)
Where Have You Been
Same Ol' Mistakes (Tame Impala cover)
Diamonds
Umbrella
FourFiveSeconds

Love On The Brain
Kiss It Better

Now if the next two days could JUST HURRY UP, we'll see you at a show this week... won't we?