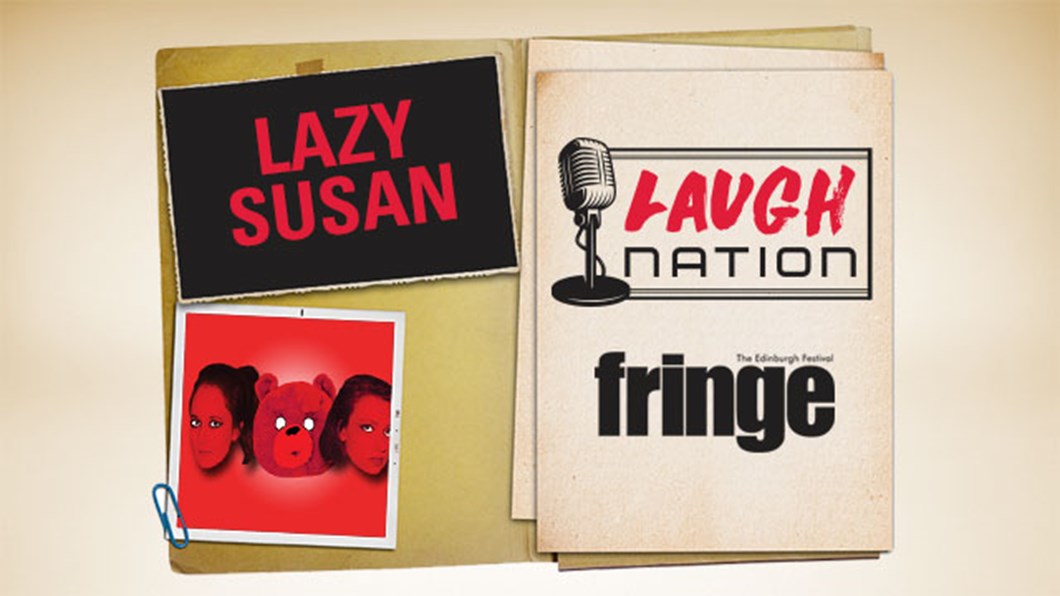 Lazy Susan are a sketch/character comedy duo comprising two of the funniest young performers you haven't heard of yet. They're up in Edinburgh all August for #EdFringe, and we can honestly say there's no other show quite like Crazy Sexy Fool happening right now. One half of the Susans, Freya Parker is the next in line to take on our Laughter Files!

MY BIGGEST ACHIEVEMENT IN LIFE SO FAR IS...  "Perfecting my banana bread recipe. It's intense."

MY BIGGEST REGRET IS… "all the bananas I wasted whilst getting to this point in my life."

MY BIGGEST FEAR IS… "Snakes!"

I FIRST GOT INTO COMEDY BECAUSE… "I was making bad theatre, it was the only way out."

MY BEST CHARACTER QUALITY IS… "Being a modest legend."

TO PREPARE FOR EDINBURGH FESTIVAL FRINGE, I WILL MOSTLY BE… "Mainlining vegetables, coffee and gin. With that many horses, I can't lose!"

IF I WAS A SUPERHERO, MY SUPERPOWER WOULD BE… "Flying (yawn) and talking to animals."

THE MOST VALUABLE BIT OF LIFE ADVICE I CAN OFF IS… "Follow Bill & Ted: be excellent to each other."

THE SONG I WANT PLAYED AT MY FUNERAL IS… "'Thong Song (acoustic version)'."

THE LAST TIME I LAUGHED UNCONTROLLABLY WAS… "Yesterday. What a moment."

HAPPINESS IS…"Stroking a horse’s nose in a meadow."

YOU PROBABLY WON'T BELIEVE THIS ABOUT ME BUT… "I’m the same height as Danny DeVito."

THE WORST HANGOVER I EVER HAD WAS… "After a night on tequila. Sweet Jesus…"

TELL US A SECRET NOBODY KNOWS ABOUT YOU... "Not falling for that trick, pal!"

TELL US ABOUT A TIME YOU DIED ON STAGE. THE WORST STORY YOU'VE GOT. GO ON! "It’ll always be too soon to tell that tale."

FINALLY, WHO ARE YOUR PICKS FOR THIS YEAR'S #EDFRINGE. WHO ARE YOU ABSOLUTELY NOT GOING TO MISS? "Lou Sanders - a lunatic I could watch for hours. Andrew Hunter Murray – his debut hour is going to be a beautiful thing. And Richard Gadd – He’s a LOLmachine."

Lazy Susan's show Crazy Sexy Fool takes place everyday throughout August at 7.15pm, at Bunker One in Pleasance Courtyard. We caught the first show yesterday and it was HILAIR. Go see it. Honestly.