As 2018 draws to a close, it's time to start making plans for the brand new year ahead! To help you out, we've rounded up a selection of the hottest shows happening next year so you can start planning your 2019 gig calendar and make it your biggest year yet 🎉 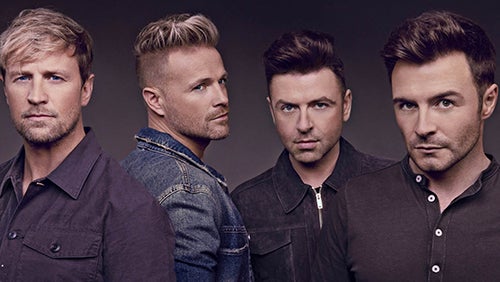 Westlife are set to tour the UK and Ireland for the first time in seven years next May, June & July, performing brand new songs, alongside their greatest hits and ALL 14 of their UK No. 1 tracks! BOOK WESTLIFE TICKETS 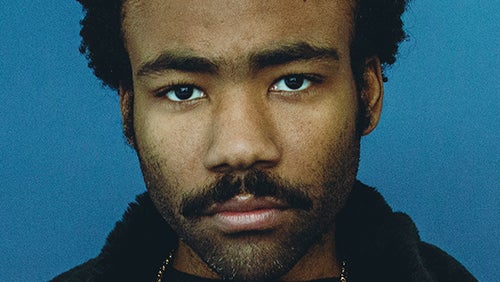 GRAMMY, Golden Globe and Emmy-Award winning and multi-talented recording artist Childish Gambino has added a second show at The O2 in March and will be joined by very special guest H.E.R.! BOOK CHILDISH GAMBINO TICKETS 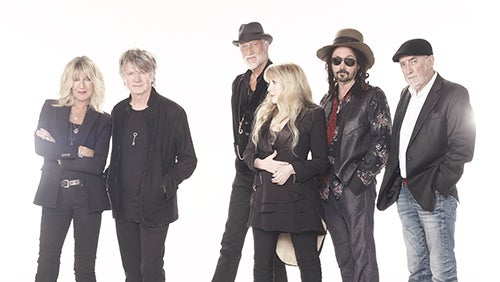 The Mac is BACK! The legendary band will play two nights at London’s Wembley Stadium in June as the newly announced line-up of Mick Fleetwood, John McVie, Stevie Nicks and Christine McVie along with newcomers Mike Campbell and Neil Finn, with special guests Pretenders as support. BOOK FLEETWOOD MAC TICKETS 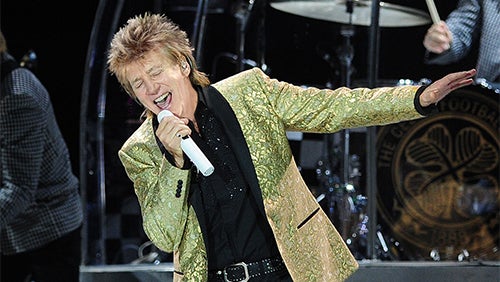 Rod Stewart is hitting the road next year in support of his recent No.1 album Blood Red Roses, armed with a set list packed full of classics and new hits! Extra tour dates have been added due to demand, so you can now catch him at venues across the country from May-July and November-December! BOOK ROD STEWART TICKETS 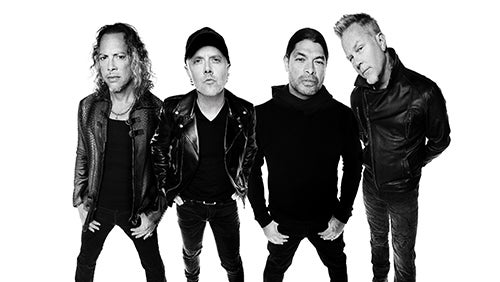 Metallica are bringing their WorldWired Tour to the UK for two HUGE outdoor gigs in Manchester and London next June, with special guests Ghost and Bokassa coming along for the ride. BOOK METALLICA TICKETS 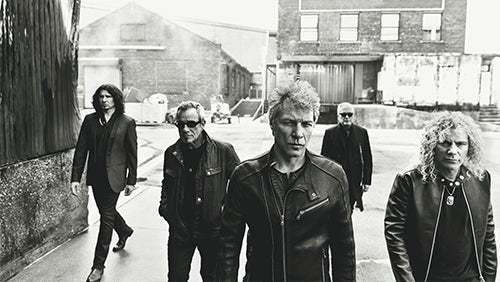 Bon Jovi will hit UK stadiums for the first time in six years next June with their This House Is Not For Sale Tour, named after their most recent album which debuted at the top of charts around the world. The band will be joined by Manic Street Preachers on all dates! BOOK BON JOVI TICKETS

The Prince of Darkness is set to celebrate more than five decades as a performer with his NO MORE TOURS 2 Tour, which arrives in the UK next February, with special guests Judas Priest supporting on all dates! BOOK OZZY OSBOURNE TICKETS 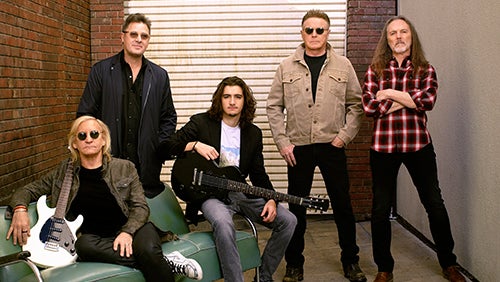 The best-selling American band of the ‘70s are bringing their critically acclaimed World Tour to the UK next June to perform classics spanning their career, including ‘Hotel California’, ‘One of These Nights’, ‘Life in the Fast Lane and many more. BOOK EAGLES TICKETS 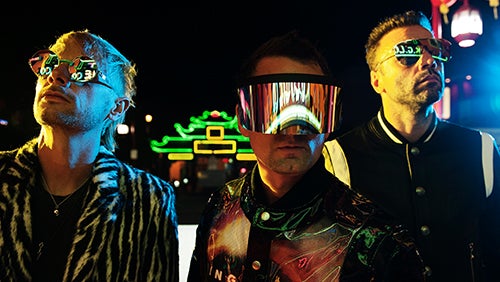 In support of their new album Simulation Theory, the multi-platinum, Grammy Award-winning rock icons will headline stadiums across the UK in June! BOOK MUSE TICKETS 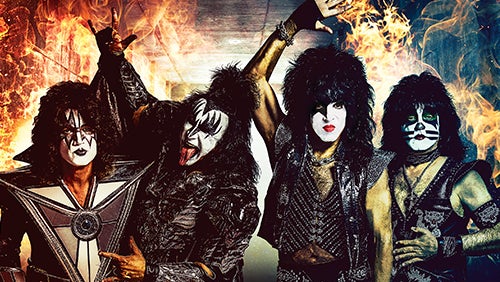 After an incredible 45-year career, rock n roll legends KISS are saying goodbye to fans with their End Of The Road Tour, which calls in at UK arenas next July. BOOK KISS TICKETS 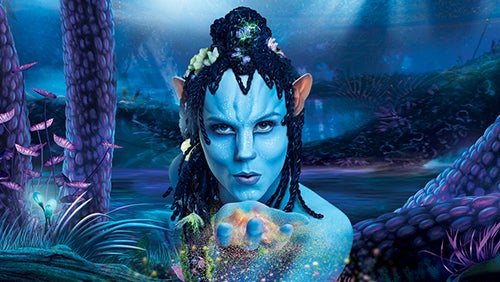 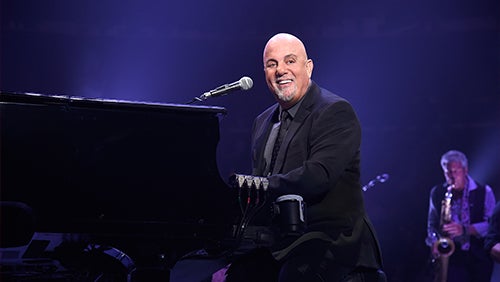 The Piano Man will play his only UK performance of 2019 and first London show in over three years at Wembley Stadium next June. BOOK BILLY JOEL TICKETS 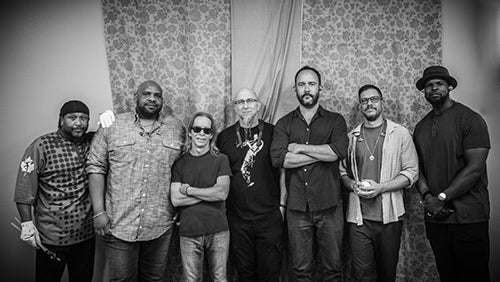 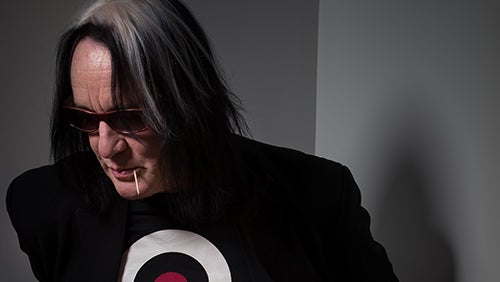 The Rock & Rock Hall of Fame nominee will bring his hybrid concert and book tour to London's Eventim Apollo next April in support of his long-awaited autobiography The Individualist, with the concert setlist mirroring the time frame captured in the book. BOOK TUDD RUNDGREN TICKETS 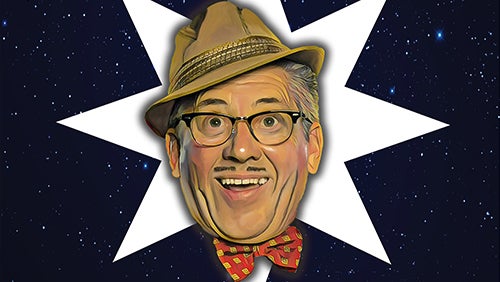 Mainstay of the UK comedy scene Count Arthur Strong will tour his brand new show ‘Is There Anybody Out There?’ across the UK from September to November, providing the very best showbiz entertainment as he wrestles with some of life’s big questions! BOOK COUNT ARTHUR STRONG TICKETS 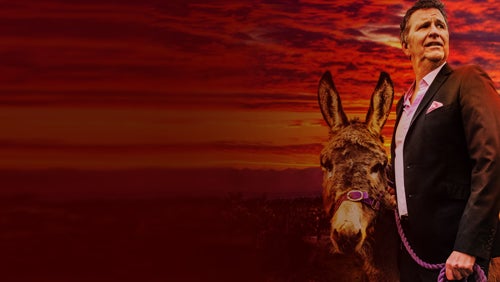 Star of Mock The Week and Live at the Apollo Stewart Francis will embark on his last tour ever from April to December. See the one liner wizard live before he heads off ‘Into The Punset’! BOOK STEWART FRANCIS TICKETS 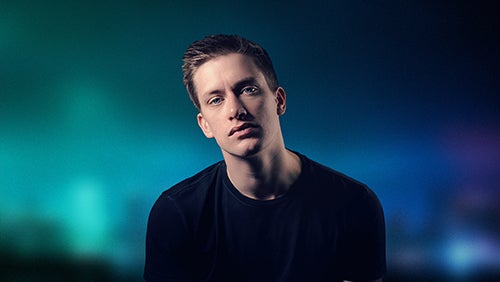 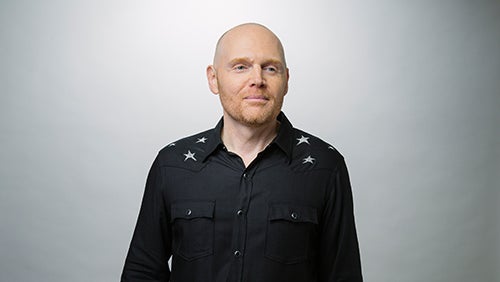 One of the top comedic voices of his generation, renowned for his hard-hitting stand-up routines, Bill Burr will visit the UK on his ’50’ tour next February-March. BOOK BILL BURR TICKETS 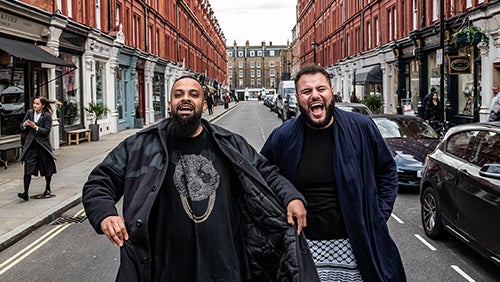 Netflix star Mo Amer and YouTube sensation Guz Khan are joining forces to tour the UK next March-April! As two of the hottest names in comedy right now, their ‘Persons Of Interest’ show will be unmissable. BOOK MO AMER & GUZ KHAN TICKETS 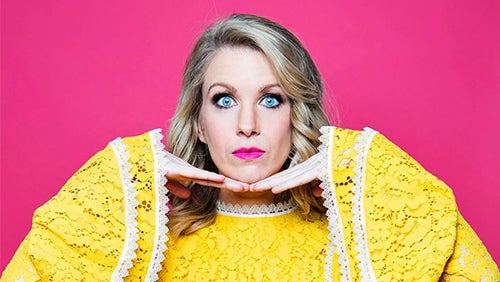 Viral sensation and star of BBC’s The Mash Report Rachel Parris will take her ‘It’s Fun To Pretend’ show across the UK next March-April. Packed with stand-up, song, sketch and a sideways wipe at society, the show showcases some of her best bits, from her trademark comic anthems, to her all-too relatable, bittersweet stand-up, alongside brand new material looking at the insane events of this year. BOOK RACHEL PARRIS TICKETS 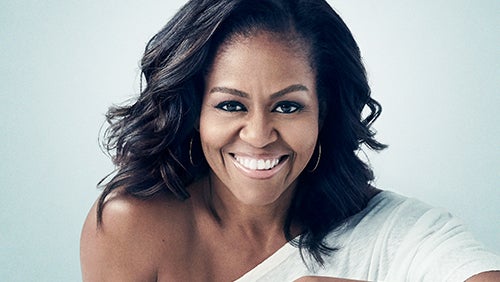 Becoming: An Intimate Conversation with Michelle Obama is coming to The O2 on 14th April 2019! See one of the world's most iconic and compelling women reflect on the experiences and events that have shaped her. BOOK MICHELLE OBAMA TICKETS 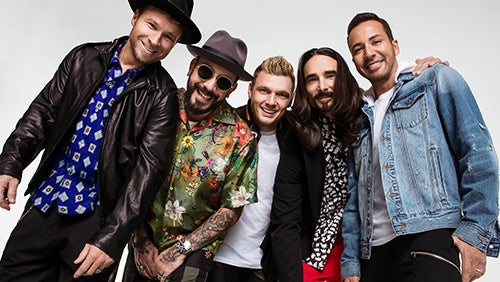 BACKSTREETS BACK ALRIGHT! Backstreet Boys are heading out on The DNA Tour next June in support of their tenth studio album 'DNA' coming out in January 2019. This will be the groups biggest arena tour in 18 years! BOOK BACKSTREET BOYS TICKETS 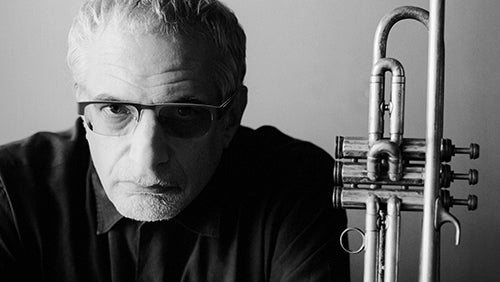 GRAMMY award winning jazz rockers Steely Dan are heading out across the UK in February 2019 and will be joined by very special guest Steve Winwood! BOOK STEELY DAN TICKETS 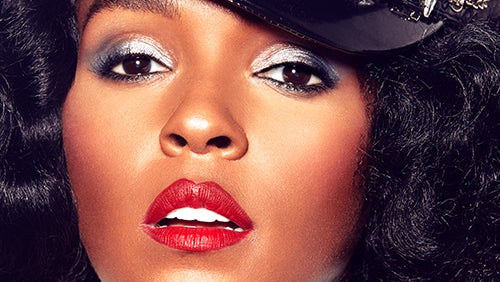 American rockers Alice In Chains are playing their biggest UK shows to date at Arena Birmingham and The SSE Arena, Wembley next June and are bringing Black Rebel Motorcycle Club along with them! BOOK ALICE IN CHAINS TICKETS 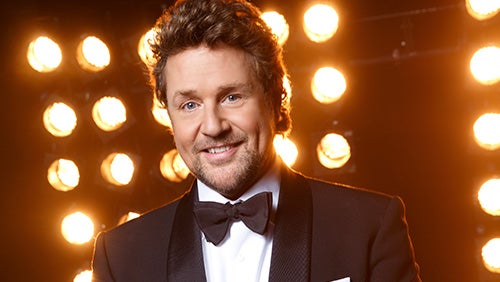 Multi-platinum recording artist and national treasure Michael Ball is taking his Coming Home To You Tour across the UK next year in support of his upcoming album 'Coming Home To You' set for release in 2019! BOOK MICHAEL BALL TICKETS 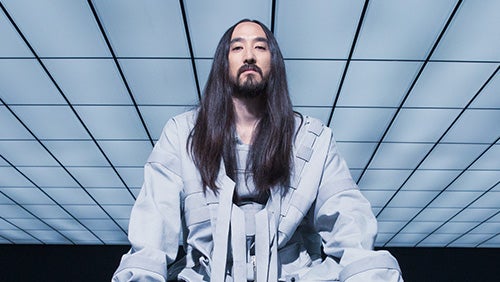 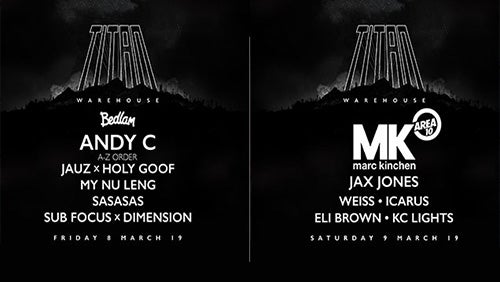 The UK's largest warehouse venue will host some of the world's finest DJs for it's launch weekend next March including MK, Andy C, Jax Jones and many more! BOOK TITAN WAREHOUSE TICKETS 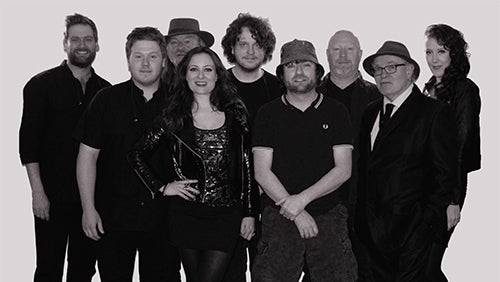 The biggest and most spectacular Pink Floyd show on the planet will return to the UK in 2019 on the All That You Love World Tour! BOOK THE AUSTRALIAN PINK FLOYD SHOW TICKETS 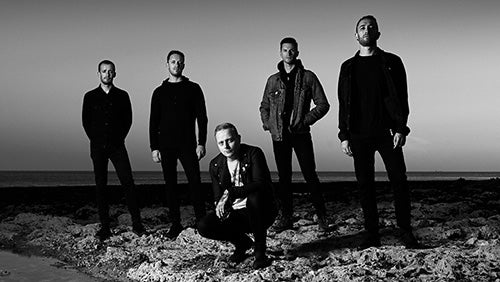 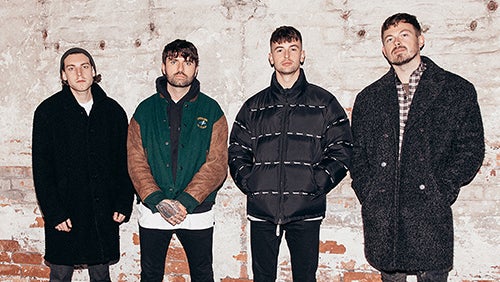 After an incredible 11 years of music, Lower Than Atlantis earlier this month announced they'll be calling it a day next year and will play a run of farewell shows in May. BOOK LOWER THAN ATLANTIS TICKETS

Legendary producer and godfather of disco Giorgio Moroder is heading out on his A Celebration of the 80’s Tour next June which will see the songwriter, producer and DJ perform the highlights from his prolific career including his collaborations with Donna Summer, David Bowie and more! BOOK GIORGIO MORODER TICKETS