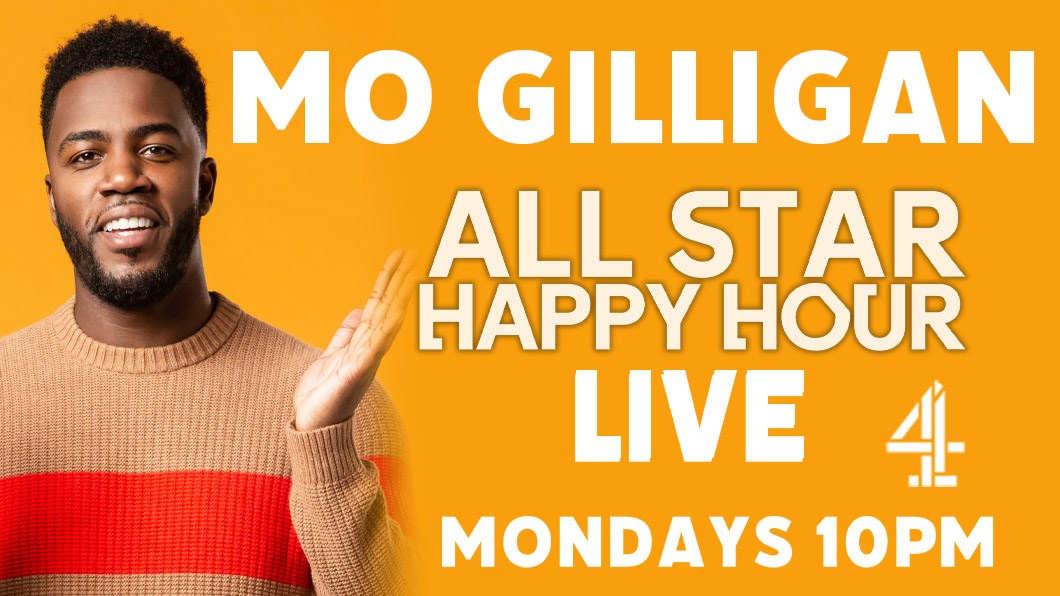 Mo Gilligan Is Back With His New Show All Star Happy Hour!

Hailed as “the funniest man in Britain” by The Times, Mo Gilligan is a fast rising comedian we can't get enough of.

Following HUGE success with his smash hit global Netflix Special ‘Momentum’, a #1 trending Entertainment series with ‘The Lateish Show’, a BAFTA nomination in 2019 and two NTA nominations in 2020, the hilarious Mo Gilligan returns to our screens next week with his brand new show All Star Happy Hour With Mo Gilligan.

The four-part series will be filmed live from his home and will feature a joyful mix of his trademark sketches, viral formats, unique musical performances and hilarious prize-winning games. Members of the public will be invited to compete against celebrities in a series of challenges, whilst trying to stuff as much happiness into an hour as possible.

Mo’s high-energy and brilliantly uplifting style makes him the perfect man to deliver joy to our screens when we need it most. Make sure you're tuned in to Channel 4 every Monday at 10pm starting Monday 4th May! You can also head to Mo's YouTube channel to check out everything behind the scenes.