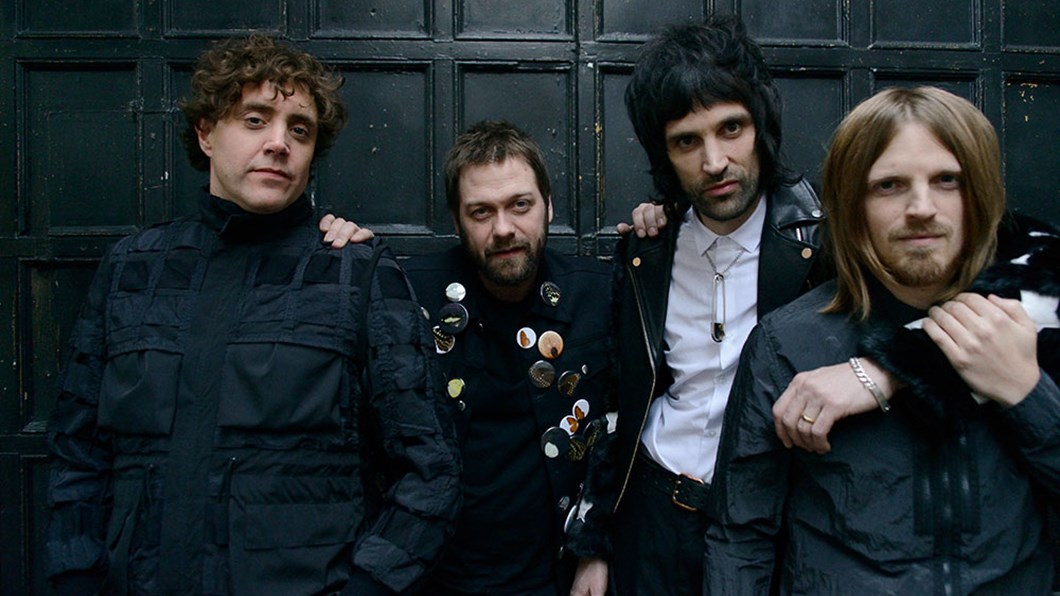 Right, time for some BIG Kasabian news. Are you sitting comfortably? Then let's begin.

1. They've got a new album coming out. AWW YEAH.

It's called 'For Crying Out Loud' and the tracklisting looks like this:

You’re In Love With A Psycho

Are You Looking For Action

All Through The Night

Put Your Life On It

“I decided to give myself six weeks to write an album like they used to do back in the day and that became really inspiring” Serge recalls. “I made sure there was no fat on anything, it was going to be classic songs, no self-indulgence, nothing was going on there that shouldn’t. I’d heard Berry Gordy had said if you’ve not got them in the first four bars then you’re finished, so I went in with this old school attitude of song-writing.” Sounds grand to us, pal.

'For Crying Out Loud' is set for release on 28th April through Columbia.

The Leicester lads will be heading out for eight intimate shows this April around the album's release. The run looks a little bit like this:

Tickets are available to people who pre-order the band's new album following the link below. Once you've done that, you'll be given a unique code to be in with a chance to purchase tickets from 7pm on Tuesday, 21st March.

Pre-Order 'For Crying Out Loud'