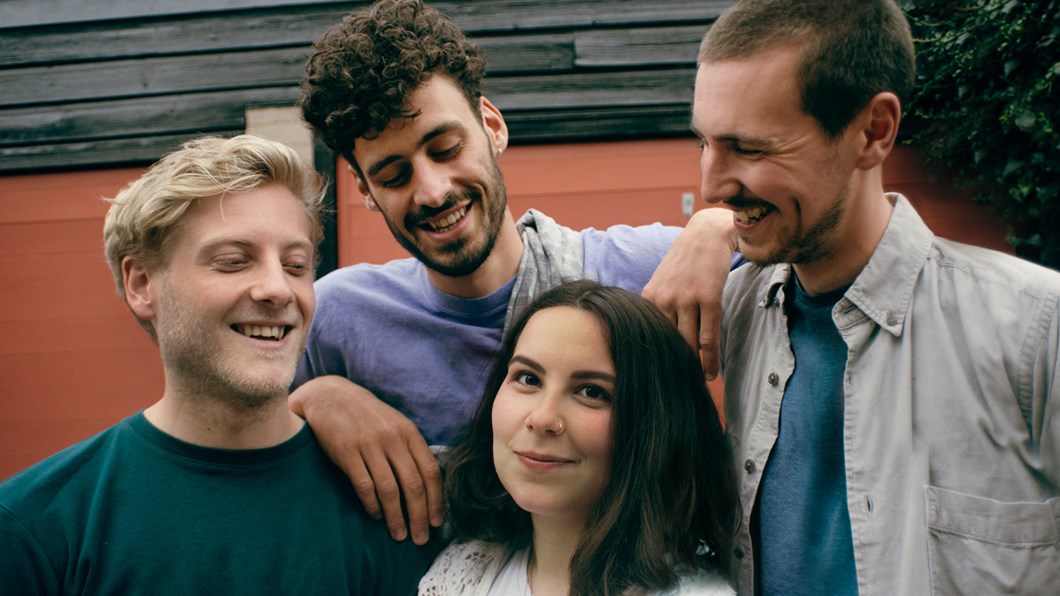 London-based grunge-pop newcomers Lazy Day dropped their track 'Hiccup' on Friday and we love it. A lot. With that in mind, we thought it was time to get to know 'em a bit better, so hopped on the phone with the brains behind the band, Tilly Scantlebury.

HEY TILLY! CAN YOU GIVE US A BIT OF BACKGROUND ON LAZY DAY? WHAT’S BEHIND THE NAME?

"Hello! A lazy day is when you don’t get out of your pjs and you hang out with your dog and have lots of hot drinks, maybe some pasta too. I started writing songs for Lazy Day in a very low-key way in 2014, on the days when I had time off from the other things I was doing - writing in my room during those lazy days. In that sense it’s a really unimaginative name, but I also think it captures something about the sound of the earlier songs I was writing. So actually it's a great name?"

HOW WOULD YOU CLASSIFY LAZY DAY’S SOUND?

"A review once described Lazy Day as dreamy grunge and I've stolen that and stuck with it. Dream grunge! I just asked my mum how she'd describe it and she said 'emotional rock' which makes it sounds quite bad but I might also steal it."

YOUR NEW SINGLE ‘HICCUP’, THE FIRST TASTER OF YOUR DEBUT EP IS OUT TODAY! HOW DOES IT FEEL TO GET IT OUT THERE?

"It feels really good to have 'Hiccup' out because it’s the newest song from the EP - which is weird considering it’s still two years old. It’s also one of our most fun songs to play live and will be the final song of our set on tour. I’m looking forward to really going to town with it. Dancing like everyone’s watching."

WHAT’S THE STORY BEHIND THE TRACK?

"I wrote 'Hiccup' two summers ago when I had a short lived romance. It was a really fun but also really stressful time - and I think the music and the lyrics reflect that tension. 'Hiccup' packs that whole experience into one song - which is why the sentiment of the lyrics change between the two verses: the first one all longing and sad, and the second one pretty fed up."

CAN YOU WALK US THROUGH THE PROCESS OF MAKING YOUR DEBUT EP? WHERE DID YOU WRITE AND RECORD THE SONGS, AND HOW LONG HAVE YOU BEEN WORKING ON IT?

"The EP is made up of 4 main songs, two that I’d written a really long time ago - 'TV' and 'With My Mind'. 'What’s Up' and 'Hiccup' were written once Lazy Day was a more real thing - but still with the same process of initially writing the songs in my bedroom. I took demos and ideas to the practice room and we cranked it up to 11 and then they were finished. Bottle Rocket Recording recorded the EP at The Crows’ Nest Studios  just off London Fields. We rent the studio from Olly Betts who’s in The Duke Spirit, Oh800, and other cool things. He's a great dude with great hair. We mixed the songs with Adrian Hall at his home studio - his way of working really clicks with mine and it feels great finishing the songs off with him. We mastered the whole EP at Metropolis with Andy ‘Hippy’ Baldwin and he sprinkled magic dust on the whole thing.

"After we’d finished the 4 main songs it felt like they needed to be connected in some way. Probably because we’ve done standalone singles before and wanted to make the EP even more special. So I went through my old recordings and found some things to use and then the ribbons were born. One is a really old voice memo from 2013 of my grandmother and big brother talking while I play on the piano which I’m really glad is on there. I hope people listen hard enough to hear what they’re saying." 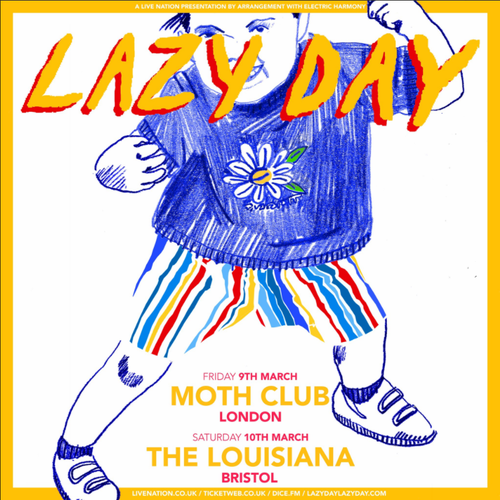 YOU’RE HITTING THE ROAD FOR A HEADLINE TOUR NEXT MONTH! WHAT CAN PEOPLE EXPECT FROM A LAZY DAY LIVE SHOW?

"It’s quite mad that it’s all about to kick off. I think people can expect to see us having a fun and happy time, because we’re all just so excited. Like puppies! We’ll be playing the golden oldies as well as new songs that aren’t released yet. There’s a song that nearly makes Beni cry every time I play it - so maybe people can expect Beni on the brink of tears? I’m also trying to get us to do a committed dance routine to 'What’s Up'. Liam looks great when he starts movin' n groovin', and our new bassist Jake throws quite strong shapes too. Give the people what they want!"

DO YOU HAVE ANY PRE-GIG RITUALS?

"Go to the toilet - that’s a pretty big must. At one of our last gigs Beni went to the toilet and got stuck without any loo paper - he was frantically calling and texting me, but hey man I was busy doing my own pre-gig ritual."

FINALLY, WHAT OTHER ACTS ARE EXCITING YOU AT THE MOMENT, BOTH ON RECORD AND IN THE LIVE SPHERE?

"My favourite new album is 'Out In The Storm' by Waxahatchee. The lyrics are bang on - so honest and difficult - and the songs are really wonderful. I’m seeing her live next month and can’t wait. I also really like the new song by Oh Sister called So Much Love, I wanna see her live soon as well. We’re lucky enough to have some really cool bands play with us on our tour too, Thyla in London, Post-Heather in Brighton, Breakfast Muff in Edinburgh, MISC. MEAT in Glasgow - and others that aren’t announced yet. Basically, it’s gunna be good!"

Lazy Day hit the road in March. We've got them playing Moth Club in London on the 9th and Louisiana in Bristol on the 10th - so come one down and see what they can do!