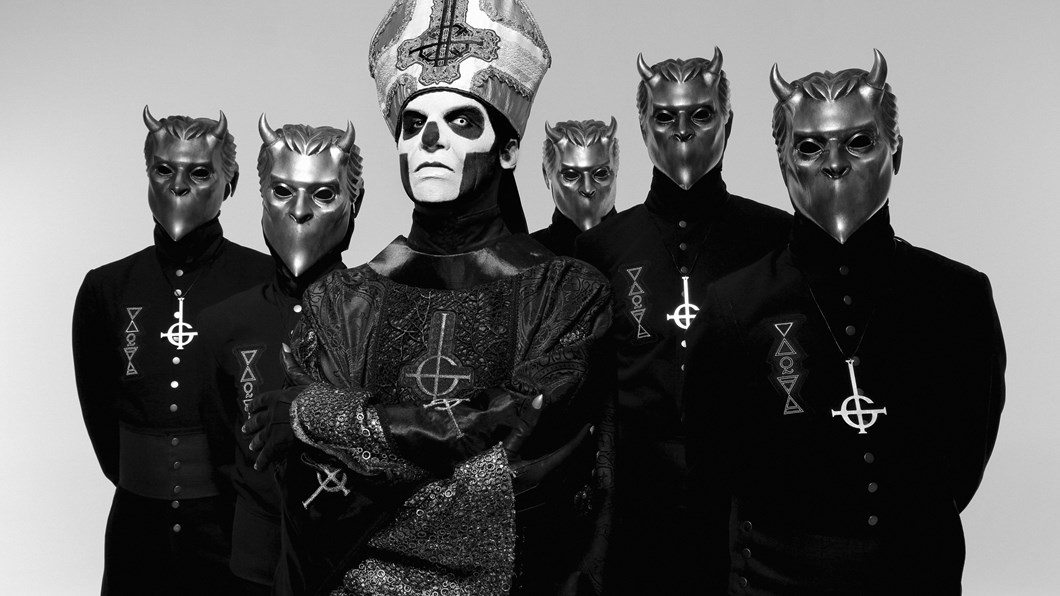 Ghost Confirm The Popestar Tour For 2017. Yep, You Read That Right!

Swedish metal congregation Ghost have announced details of their next jaunt across the UK and Europe. Dubbed The Popestar Tour (because OBVIOUSLY), it marks their first UK shows since their epic event at London's Palladium earlier this year.

And yes, the group will be performing tracks from their 'Popestar' EP, which saw them putting their own spin on tracks by Echo And The Bunny Men, Simian Mobile Disco, The Eurythmics and Imperiet. Hurrah!

The Popestar Tour will call at the following venues in 2017:

Tickets for all dates (except Glasgow) will be available via #LNpresale from Monday, 28th November at 9am. For access, sign up for your free My Live Nation account, and login when the presale starts. EASY!

After that, they'll be on general sale from 9am on Tuesday, 29th November.