Searching for the perfect present? We think we've found it! Light up someone's Christmas by gifting them a ticket to one of these awesome pop shows happening in 2020 🎁

WHO: Westlife
WHERE/WHEN: Stadiums across the UK in Jun/Jul/Aug!
WHY: The Irish superstars will be playing hit after hit as well as tracks from their forthcoming new album ‘Spectrum’ at outdoor venues across the UK, making the perfect summer evening. The tour will conclude on Sat 22nd Aug with a once in a lifetime show at the iconic Wembley Stadium!
⭐ TICKETS ⭐

WHO: Madonna
WHERE/WHEN: The London Palladium from 26 Jan - 15 Feb.
WHY: This is a rare and special opportunity to see the one-and-only Queen of Pop in a uniquely intimate environment!
⭐ TICKETS ⭐

WHO: Dua Lipa
WHERE/WHEN: UK arenas in May/June.
WHY: The UK's most streamed female artist of 2018 will be releasing new album Future Nostalgia in 2020 and bringing us a tour of the same name. Judging by already released bangers Don't Start Now and Future Nostalgia, you'll need your dancing shoes for this show!
⭐ TICKETS ⭐ 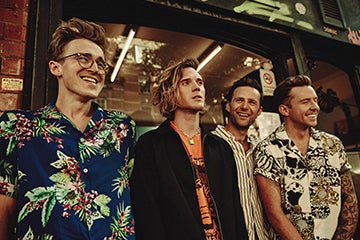 WHO: McFly
WHERE/WHEN: Arenas across the UK in Apr/May plus a special Scarborough show in August!
WHY: With seven UK number one singles, five Top 10 albums, 10 million records sold worldwide and six sell-out tours under their belt, McFly sure know how to put on an incredible show. Following a three-year hiatus the group are back and we're BUZZING to see them next year!
⭐ TICKETS ⭐


WHO: Halsey
WHERE/WHEN: Glasgow's The SSE Hydro, London's The O2 and Manchester arena in Mar!
WHY: Following the release of her highly anticipated 'Manic' album on 17th Jan, which will feature hits 'Without Me' and 'Graveyard', multi-platinum, award-winning artist Halsey will bring her Manic World Tour to the UK with special guests Pale Waves for what's set to be three unforgettable shows!
⭐ TICKETS ⭐


WHO: Jonas Brothers
WHERE/WHEN: Arena Birmingham, London's The O2, Glasgow's The SSE Hydro and Manchester Arena in Jan/Feb!
WHY: This will be the first UK headline tour the GRAMMY nominated multi-platinum powerhouse trio have done in a decade! With old hits including 'S.O.S.' and 'Burnin' Up' as well as new bangers such as 'Sucker' and 'Cool', this is set to be one spectacular show.
⭐ TICKETS ⭐


WHO: Camila Cabello
WHERE/WHEN: Arenas in Birmingham, Leeds, Manchester, London and Glasgow in June 2020!
WHY: Following the release of hit singles 'Señorita', 'Shameless' and 'Liar' from her upcoming album 'Romance', the GRAMMY nominated, multi-platinum and chart-topping songstress is bringing her Romance tour to the UK for an unmissable run of shows. These will also be Camila's biggest EVER UK headline dates!
⭐ TICKETS ⭐ 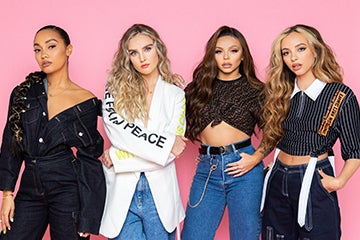 WHO: Little Mix
WHERE/WHEN: Venues across the UK in summer 2020!
WHY: The world’s biggest girl band will be performing some of their greatest hits including ‘Woman Like Me’, ‘Touch’, ‘Shout Out to My Ex’, ‘Black Magic’ and ‘Wings' at outdoor venues across the UK. A ticket for this summer evening will make the perfect present for any pop lover!
⭐ TICKETS ⭐ 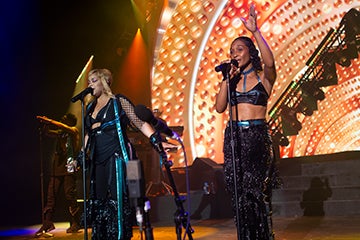 WHO: TLC
WHERE/WHEN: O2 Shepherd's Bush Empire on 29th June!
WHY: To celebrate the 25th anniversary of their culture-shifting album 'CrazySexyCool' the group have promised an incredible, non-stop party performance of all of their hits including 'Waterfalls', 'Creep', 'No Scrubs', 'Unpretty' and more.
⭐️ TICKETS ⭐️ 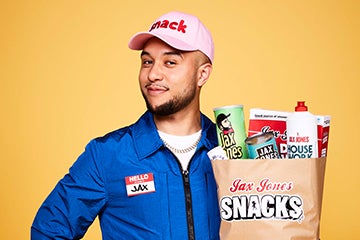 WHO: Jax Jones
WHERE/WHEN: Venues across the UK in Mar!
WHY: The dance-pop maestro has SO many hits! 'You Don't Know Me', 'Breathe', 'Instruction', 'Play', 'Ring Ring' - we cannot WAIT to party along to these next year!
⭐ TICKETS ⭐ 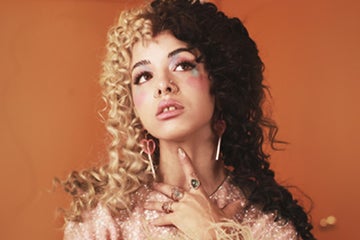 WHO: Melanie Martinez
WHERE/WHEN: A huge show at London's O2 Academy Brixton in Feb!
WHY: The sensational songstress will celebrate her eagerly awaited new album and accompanying feature film, K-12, with a unique theatrical performance for her biggest London headline show to date. Miss it, miss out!
⭐ TICKETS ⭐ 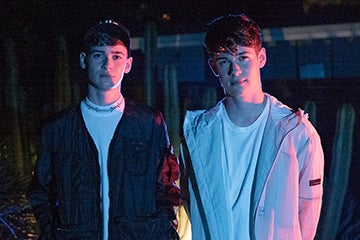 WHO: Max & Harvey
WHERE/WHEN: Venues across the UK in Feb!
WHY: You've seen the twins on The X Factor: Celebrity, Musical.ly and CBBC, now it's time to see them LIVE! Their high-energy, upbeat performances are sure to put a smile on any pop lover's face.
⭐ TICKETS ⭐