If you have a spouse, sibling or seriously classic rock-obsessed pal who knows their magic buses from their crazy trains, light up their Christmas by surprising them with a gig they’ll never forget!

WHO: The Who
WHERE/WHEN: Arenas across the UK from 16 March–8 April
WHY: ‘Who Are You’ still puzzling over gift ideas for? If they’re a fan of The Who, this is a tour NOT to be missed. The legendary rockers have just released their first studio album in 13 years and they’ll be sharing the stage with an orchestra!
🎸 TICKETS 🎸

WHO: Whitesnake, Foreigner & Europe
WHERE/WHEN: Coming to UK arenas between 31 May–8 June
WHY: Get a triple dose of iconic classic rock anthems on this co-headline tour featuring Whitesnake & Foreigner, with special guest Europe supporting!
🎸 TICKETS 🎸

WHO: Aerosmith
WHERE/WHEN: They're playing The O2, London on 15 July and Manchester Arena on 18 July
WHY: The rare opportunity to see the rock heroes in the UK coincides with the band's 50th anniversary, so you know it's going to be a show to remember. You'd be Crazy to miss it!
🎸 TICKETS 🎸

WHO: Guns N' Roses
WHERE/WHEN: Tottenham Hotspur Stadium on Fri 29 May
WHY: GNR have more rock anthems than you can shake a drumstick at! This will be the first live music show in the epic new London venue 🤘
🎸 TICKETS 🎸

WHO: Eagles
WHERE/WHEN: Wembley Stadium on Sat 29 and Sun 30 August
WHY: Eagles, one of the best-selling bands of all time, will return to Wembley to perform 'Hotel California' in full, plus a greatest hits set. This will be Eagles' ONLY European shows in 2020 and they'll be joined by an orchestra and choir.

WHO: Sounds of the 70s Live with Johnnie Walker
WHERE/WHEN: Stopping at venues across the UK throughout 2020
WHY: If you have a loved one whose Spotify history is on rotation between 70s Radio FM Rider and All Out 70s, this is the show for them - presented by BBC Radio 2 legend Johnnie Walker with music performed by the Sounds of the 70s All Star Band & Singers.
🎸 TICKETS 🎸 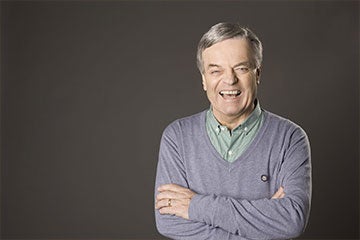 WHO: Sounds of the 60s Live with Tony Blackburn
WHERE/WHEN: Stopping at venues across the UK throughout 2020
WHY: Those who prefer the swinging 60s are also in for a treat! Fellow radio icon and the first ever king of the jungle on I’m A Celebrity…Get Me Out Of Here, Tony Blackburn, will be hosting his own musical spectacular featuring the Sounds of the 60s All Star Band & Singers!
🎸 TICKETS 🎸 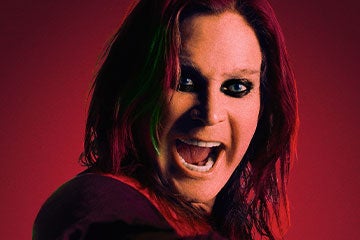 WHO: Ozzy Osbourne
WHERE/WHEN: Rocking arenas in Newcastle, Glasgow, London, Birmingham, Manchester and Nottingham between 23 October–8 November
WHY: The Prince of Darkness is renowned across the planet for his insanely energetic, antic-filled live shows! If that wasn't reason enough to see Ozzy, his phenomenal career will be! He is the frontman of Black Sabbath, achieved HUGE solo success, became a reality TV star AND he even started his own festival, Ozzfest!
🎸 TICKETS 🎸