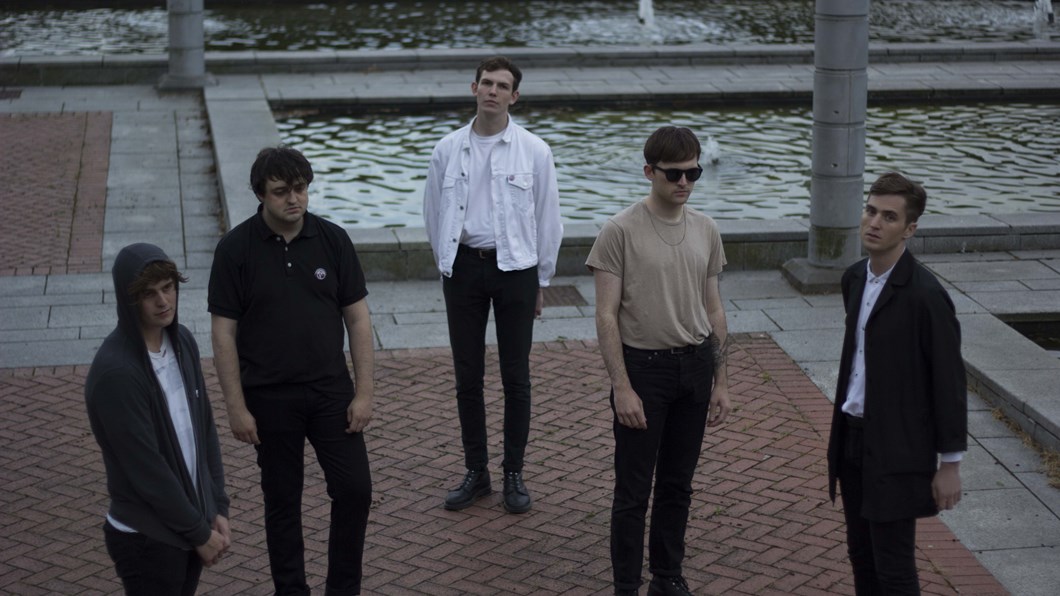 Chain Of Flowers: "People Can’t Pin Us Down – I Take A Lot Of Pride In That!”

South Wales' Chain Of Flowers head back to London this weekend for a show at London's Victoria on Saturday. Ahead of that, we caught up with vocalist Josh Smith and what's on the cards for that all-important Album Number Two.

HI JOSH! GIVE US A BIT OF BACKGROUND ON CHAIN OF FLOWERS.

“If we go back to 2013, we’d all been in numerous bands previously, some together – predominantly punk and hardcore bands, and we got a bit disillusioned with where we were all at and what we were doing at the time. We came together with a common interest in the sounds we wanted to be making.

“It’s very different [to how it used to be in South Wales]. The way we’ve found it, is people aren’t looking to South Wales in the way they have been previously for new bands. There isn’t a scene in the way that there was, and we felt when we started doing this band, we were out on our own. So we had no choice but to get at it, and play as much as we could."

HOW WOULD YOU DESCRIBE CHAIN OF FLOWERS TO PEOPLE WHO HAVE NEVER HEARD YOU BEFORE? TO US THERE’S A BIT OF SHOEGAZE, A BIT OF POST-PUNK AND POST-ROCK IN THERE...

“It’s an amalgamation of all of those things and possibly more. We’ve got such broad palates between us all – post-punk, goth, there are some psychedelic elements, too. A lot of people say we sound like a lot of things but they can’t pin us down – I take a lot of pride in that!”

HOW DOES THAT AFFECT THE SHOWS YOU PLAY AND WHO YOU PLAY WITH?

“Well… I really don’t like genres. I think genres can limit people. I would much rather people listen music and take it for what it is. At long as someone’s got something to take away with it, I’m happy for them to hear whatever they want to hear!

“We’re quite lucky that through touring we played more shows in 2016 than any year previous. The amount of different bands and acts that we’ve been able to play with is the brilliant thing.”

WHAT WAS YOUR STANDOUT SHOW FROM 2016?

“We played two shows in New York last year – a lot of people were telling us ‘why are you playing New York twice? New York’s so fickle!’ – and the second show was completely packed out. We played with some really cool bands and the whole vibe in the room was pretty electric. I can’t wait to go back!

IT SOUNDS LIKE AMERICA HAS REALLY TAKEN TO YOU…

“There seems to be a bit of an adoration for whatever sound it is that we make over there. It’s very hard for British bands to get out to America, and when bands like us do make it, people are very grateful for it. We’d be playing, say, Oakland, and you’d speak to someone after the show and they’d say ‘Oh, I need to bring all my friends out to see you!’ Then we’d do the next show in Portland, and that person would actually bring all their friends out. Seeing that word-of-mouth growing while we were there was great.”

WHAT IS THE SITUATION WITH NEW MUSIC RIGHT NOW?

“Our first album came out October 2015, and we’ve done a lot of touring, written a lot, played a lot since that point. I can safely say that in our next release, we’ve evolved a fair bit then. I can’t wait to get that out. We’ve got a fair few songs that we’ve written, and we actually just went in and recorded a single. We wanted to do it to tide us over and show people where we’re at. It’s been some time since that album came out, and it was recorded 18 months before that, so there’s definitely been some change!”

Chain Of Flowers play London's The Victoria this Saturday, 11th February. Grab a ticket from the link below and we'll see you there!