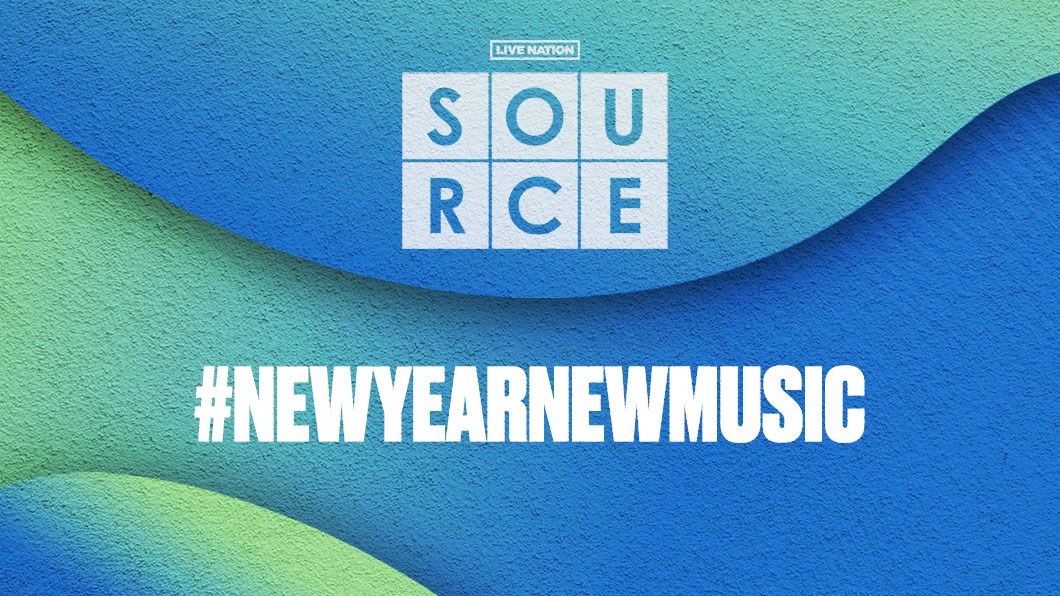 Start the new decade right by introducing yourself to some brill up-and-coming artists! To help you out we've rounded up 20 emerging acts that we think you NEED to see in 2020 👇

Before Bad Sounds was born, members Ewan and Callum were on different musical paths. Ewan was keen on making hip-hop beats and playing with samples whilst Callum was more engrossed in soul, pop and R&B. After making music separately, the pair eventually combined their different musical tastes to create a unique and infectious sound. 2020 will see the group release their new EP ‘Escaping From A Violent Time Vol. 1’ on 17th Jan followed by a show at London's Lafayette on 12th May!

Renowned for their energetic live sets packed with dance hooks and infectious scream-your-lungs-out choruses, indie-pop four-piece The Jungle Giants are regarded as Australian indie rock royalty having racked up over 100 millions streams worldwide. Don’t miss your chance to catch them live at London’s Electric Brixton on 1st February!

Hailed as "rock's next big thing" by Billboard, Memphis-born outfit The Band CAMINO garnered a loyal fanbase by releasing a string of singles before dropping their electrifying EP 'tryhard' last year. Having just completed a sold out UK tour, the group are gearing up to head back out on the road in February, stopping in Manchester, Birmingham and London.

Friends since they were thirteen, London indie trio Palace released their debut album ‘So Long Forever’ in 2016 to rave reviews from the likes of The Line Of Best Fit and Clash. The strength of the release led to two years of sold-out shows and festival slots that won them fans worldwide. Fast forward to 2019 and the band have released their sublime sophomore album ‘Life After’ and are gearing up to take it on the road in 2020, stopping in at venues across the county in March.

YUNGBLUD blends poetry, guitar-hooks and break-beats to create a unique alt-rock sound. Hailed as an 'Artist You Need To Know' by Rolling Stone, the rapidly-rising singer has built up a huge fan base with his politically inclined lyrics, rap-derived production and rebellious ethos. After selling out his March and November tours in 2019, YUNGBLUD is playing five nights at London's O2 Forum Kentish Town in May/June 2020.

Made up of twin sisters Catherine and Lizzy, Ward Thomas are a country-pop duo from Hampshire who have been described as "Britain's first country stars". Their debut album 'From Where We Stand' won UK Album of the Year at the British Country Music Awards and their second album 'Cartwheels' became the first album by a UK country act to reach #1 on the UK Albums Chart. In 2019 they released their bold and emotional third album 'Restless Minds' and in 2020 they'll be heading out on the road with 'Unfiltered' - An Intimate Acoustic Tour.

Devon-based trio TORS combine thistle-thick textures and stylistic indie-folk songwriting to create their dreamy sound. The group have received support from the likes of BBC Introducing and Radio X and have toured with the likes of John Newman and Tom Walker. In March, Jack, Matt and Theo will be playing their biggest EVER headline show at Scala in London!

Inspired by the likes of Ms. Lauryn Hill and Nina Simone, Grace Carter is a singer-songwriter raised in Brighton. The pop songstress, who is signed to the same management as Dua Lipa, has toured with Lewis Capaldi, Mabel and Rag N Bone Man. 2019 saw Grace release multiple dreamy singles and in March 2020 she's heading out on her biggest EVER headline tour!

Within two short years, singer-songwriter and producer Chelsea Cutler has gone from bedroom-constructed uploads to being streamed over 750 million times and being acclaimed by Billboard, Complex, PAPER Magazine, Refinery29, Ones To Watch and more. Set to release her highly-anticipated debut album in early 2020, don’t miss her live shows in London and Manchester in May!

Inspired by artists such as Tove Lo, Kehlani, BANKS and Sigrid, Emily Burns is a London-based singer-songwriter who creates pop bangers that promote acceptance and inclusivity. In 2019 she released her EP 'My Town', full of catchy melodies and melancholic undertones, which Emily described as her "most vulnerable and accomplished record to date". The rising songstress is set to have her biggest year yet in 2020 including a headline tour in spring.

New Jersey-born singer-songwriter Fletcher makes fearless pop music rooted in authenticity. Earlier this year she dropped her 'you ruined new york city for me' EP featuring hit single 'Undrunk' which has been streamed over 100 million times and has been praised by Billboard and GQ as one of the best songs of the year. 2020 will see Fletcher join Niall Horan and Lewis Capaldi on tour across the US as well as playing Manchester's Gorilla and London's O2 Shepherd's Bush Empire in March.

Irish singer-songwriter JC Stewart crafts bold anthems and intimate confessionals from his own experiences of love and heartbreak. 2019 saw him support the likes of Kodaline, Freya Ridings and Anne-Marie, write music for Lewis Capaldi's #1 debut album and sell out four shows at The Islington in London. 2020 will see the rapidly rising star return to the capital to play his biggest EVER headline show at Scala on 20th May

Tipped as a rising star by Charli XCX, L Devine is a pop icon in the making. Drawing inspiration from the likes of The Beach Boys, Dua Lipa, Robyn and Julia Michaels, the singer-songwriter's music is utterly danceable, deeply personal and filled to the brim with self-belief. After releasing infectious singles 'Naked Alone' and 'Peachy Keen' in 2019, L Devine is set for big things in 2020 including a headline tour in May.

An unapologetic, honest and self-assured singer-songwriter, Mae Muller is an emerging star you NEED to have on your radar. Her music blends slick pop with dreamy R&B inflections and features stunning vocals and tongue-in-cheek lyrics. 2019 saw Mae release her debut album 'Chapter 1' and play arenas across the UK supporting Little Mix. She's got big things lined up for 2020 including her biggest UK headline shows to date in February, so get ready!

Made up of Lydia, Genessa, Brooke and Drew, The Regrettes are a LA-based punk group who create music with a bold and unabashed attitude. Since the release of their breakthrough album 'Feel Your Feelings Fool!' in 2017 the group have gone on to support Twenty One Pilots, perform on CONAN and Jimmy Kimmel Live! and have released their second album 'How Do You Love?'. The four-piece have cemented their reputation as a must-see live act so don't miss your chance to see them on their UK tour in March 2020!

Georgia South and Amy Love AKA Nova Twins are an up-and-coming rock duo from Essex/London. Their sound smashes together genres, riffs and killer bass lines to create something unique and thrilling. 2020 will see the duo release their debut album 'Who Are The Girls?' in February and head out on tour in April for shows at London's Colours and Manchester's Aatma. We can't wait!

Billy Lockett is a singer-songwriter from Northampton who creates rousing, emotional soul-pop. After a huge year touring the world, including a SOLD OUT show at O2 Shepherd's Bush Empire and support slots for Jeff Lynne's ELO and Lewis Capaldi, the fast-rising artist finished 2019 with the release of his stunning EP 'Reset'. Expect big things from Billy in 2020 and don't miss him on tour across the UK in February.

Robin Skinner AKA Cavetown is a singer-songwriter who makes melodic bedroom pop tunes and gentle ukulele ballads. He decided to share his music with the world in 2014 when he created his YouTube channel and a few years later released his single 'This Is Home' which went on to go viral and has been viewed over 42 million times! Since then he's released his third album 'Lemon Bay' which showcases his bright melodies, effortless songwriting and continued effort to share personal experiences such as love and loss. Following a string of SOLD OUT shows in late 2019, Robin is back on the road in 2020 for a UK headline tour!

Dermot Kennedy's soulful mix of folk roots and electronic beats attracts lovers of multiple genres. Following the release of his chart-topping debut album 'Without Fear' in October, the Dublin singer-songwriter sold out his December headline tour and is set to play the biggest shows of his career in spring 2020 at Manchester's O2 Victoria Warehouse and London's Alexandra Palace!