The wait is finally over for Little Big Town fans. The quartet has been hinting at new music since releasing a pop album produced by Pharrell Williams earlier this year. They’ve released a brand-new country single called “Better Man” that is a guaranteed pull on every single one of your heart strings. 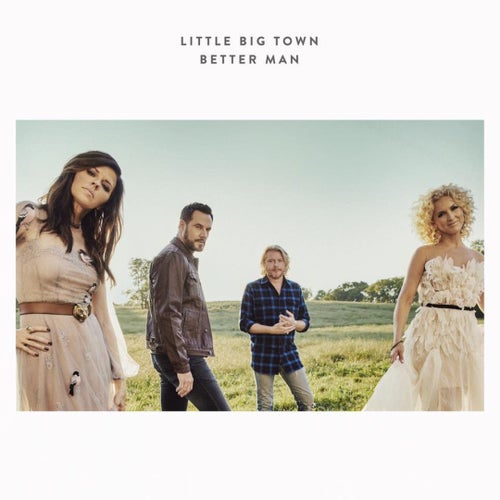 Lead vocalist Karen Fairchild delivers a performance that soars through each verse and chorus of the nearly four and a half minute song. With her bandmates backing on their signature harmonies, Fairchild tells the story of a woman who has faced abuse and finds the strength to walk away from a hurtful situation. A classic country tale through and through, LBT paints a picture that leaves you empathetically attached to the character and her story.

Produced by Jay Joyce, “Better Man” has an entrancing sound that weaves its way through every heartfelt lyric. Lines like, “I know I’m probably better off on my own / I know the bravest thing I ever did was run” takes you inside this woman’s heart, and you can feel how strongly she once felt for this person who has caused so much pain. You find yourself rooting for her, knowing she’s better off without him.

“Better Man” is the first single from Little Big Town’s forthcoming 2017 album. Painkiller was the band’s last full-length country release in 2014 and was critically acclaimed, climbing to the top of the charts. If “Better Man” is any indication of what’s to come, then this new project is already shaping to be the perfect follow up.