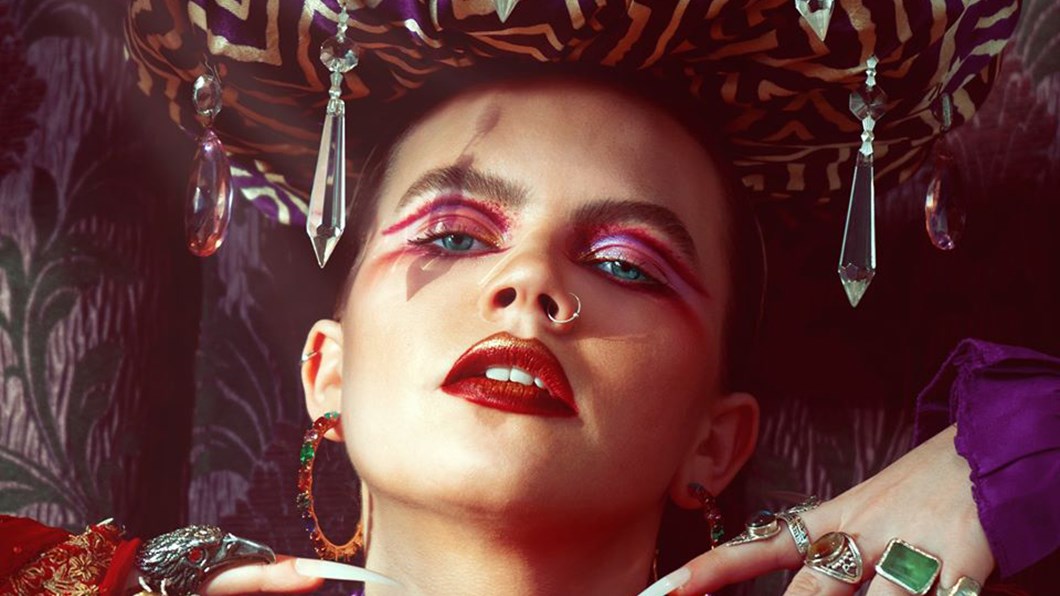 British newcomer CHINCHILLA is set to embark on a global tour from the comfort of her own home, with the self-produced pop powerhouse confirmed to be going live across Live Nation channels in what will be her first Asian dates.

Having already spread her wings across Europe supporting Sting on his 2019 arena tour and performing at the last two annual Estonian Music Awards, CHINCHILLA has recently released her debut EP ‘Awakening’ to tremendous critical acclaim, with her song ‘One Time’ being featured as ‘Record of the Day’ earlier this month.

We caught up with her to chat about her debut EP ‘Awakening’ and musical background before she ‘performs’ in Asia.

Hi, CHINCHILLA! Why don’t we start the interview with a short introduction of yourself? Let’s talk about your background and music.

I’m CHINCHILLA, I’m from London and I’d describe my music as kind of fiery soulful empowering pop... I grew up in London in a creative family, and was always singing! Then in secondary school I started singing in a big brassy band with 6 of my best friends, which was a lot of fun and a massive part of my growing up. My favourite artists have always been strong solo female singers like Beyoncé, Janis Joplin, Etta James, Christina Aguilera, and I’d always had in the back of my mind that that is the kind of music I wanted to make - so when my old band naturally went our separate ways, I had a gap year before going to uni where I started doing that! I taught myself how to produce properly and began the CHINCHILLA journey...

Congrats on releasing your debut EP ‘Awakening’! Can you describe the album in three words?

Now tell us more about the concept behind it.

‘Awakening’ is all about a time of intense personal growth in our life. I think we all go through it at some point, a time when we really find ourselves independently, sexually, morally. As females we tackle our femininity and societal pressures and expectations. The EP looks at unorthodox subjects like body positivity, infidelity, sexual desire, feminism, wrong and right, and does it in a really honest and Frank way! It is my proudest work to date.

What’s your favourite track from the album and why?

Difficult question... my favourite changes every day! ‘One Time’ is definitely up there because it’s just fun, and I think those people who really get it LOVE IT, and the reaction is absolutely priceless - that song brings joy to my life in a different level! But ‘Shadows’ is the most personal to me, one of the most personal songs I’ve ever written actually, so that is a special one to me.

It’s great if you find the right people! I like working by myself and with others. Both methods have pros and cons, but either way it’s great when there’s a special vibe in the room when you both know you’re writing a banger!

What would be one guiding principle in finding collaborators?

I think it’s good to try doing some different sessions with new people and see what works for you. Artists really work in different ways and like to write with different numbers of people etc. Me personally, I like to find someone I feel really comfortable with in the room, who leaves their ego at the door. If I feel judged or like someone is trying to be ‘cool’, it stunts my creativity, and everyone else’s in the room for that matter. And I don’t love to write in massive groups of people if it’s a song for me. One to two other people in the room is ideal.

Who would you like to collaborate with next and why?

SO MANY PEOPLE!! Someone it’s always been a dream to collaborate with is Mark Ronson. I think he’s incredible.

We know you supported Sting on his European Arena tour. Did he invite you? Tell us the experience working with such a legendary musician.

It was epic! It really threw me in at the deep end because I had only just released my first single and was suddenly performing to arenas! But honestly it was an incredible experience, a dream! Sting is lovely and his whole team were amazing, really generous and made me feel right at home!

Which musician influences you the most?

We know you are bringing your ‘Awakening’ Virtual Tour to us soon. That’s amazing! What should people expect? Any special message to people who will be watching the performance?

Catch CHINCHILLA live in action on Live From Home: