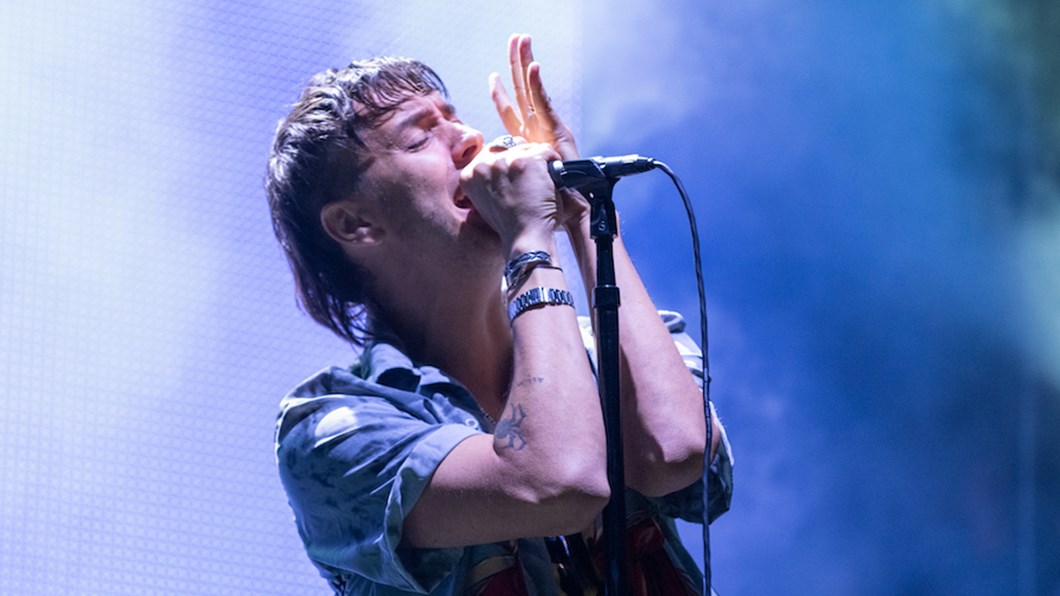 All The Best Highlights From The Strokes' 2020 European Shows!

The Strokes have been journeying across Europe this month for a string of shows in cities like Paris, Berlin and London. It’s been seven years since their last album, Comedown Machine, and they’ve finally announced their long-teased album, The New Abnormal. The record, which will be their sixth LP, is marked to be released on April 10. Their tour schedule this year is packed with various festival appearances and shows across the United States, Europe and South America.
The band recently performed at a rally for presidential candidate Bernie Sanders on February 10, where they live debuted their latest single from the new album, “Bad Decisions.” The track was performed at all of their European shows this month. They’ve performed an equal number of songs from both First Impressions of Earth and Is This It, including crowd staples and openers such as “Heart in a Cage,” “You Only Live Once,” “Ize of the World” and the classics “Hard to Explain,” “New York City Cops” and “Last Nite.”

Their main portion of the setlists range from 12 to 13 songs, in addition a three-song encore as a treat to the fans. Not every setlist has been the same, but there is very little difference in what they include from their wide discography. They included a performance of "The Adults Are Talking," the new song that was live debuted at a charity performance at The Wiltern in Los Angeles in May 2019. Other songs included "Automatic Stop" and "One Way Trigger."

The Strokes perform "The Adults Are Talking" in London, England

The encores have consistently featured “Juicebox,” “What Ever Happened?” and “Reptilia.” For their Valentine’s Day show in Berlin, Germany, though, they performed “Someday,” but still included “Reptilia” in the main set.

Check out their latest setlist from last night (February 19) at the Roundhouse in London, England, where they performed a new, untitled song that wasn't originally listed on the setlist, and performed "Take It or Leave It" for the first time since 2017! 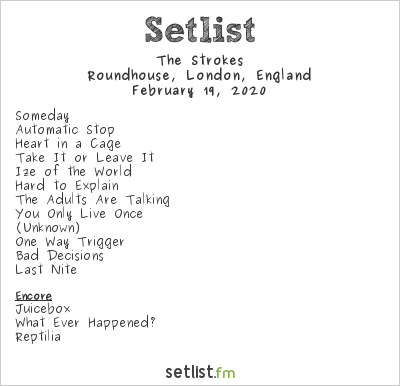 The Strokes setlist from February 19, 2020, in London, England

The Strokes are slated for a set of North American shows this March, kicking off in Vancouver, Canada, on March 4, before embarking on shows in South America and Europe. They’ll be accompanied by opening acts like King Princess and Alvvays. More information about tour dates, location details, and where to purchase tickets can be found on their website.