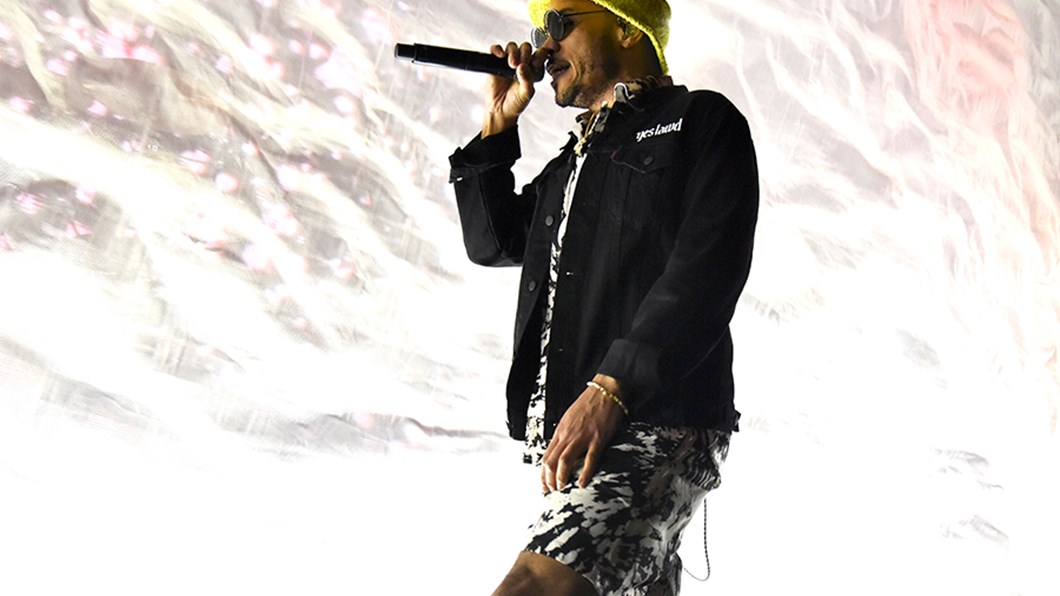 Anderson .Paak is high off his tying win for Best Rap Performance at the 2019 Grammys as he embarks on his Andy's Beach Club World Tour. The tour is in support of his latest album release, Oxnard, his third studio LP which came out in November. The cheerful American will perform March 10 in the Lotto Arena in Antwerp. There are few tickets left on livenation.be. No time to waste!

The tour kicked off last night, February 11th, at San Francisco's Masonic Temple with a jam-packed, 21-song setlist. Engulfed in stage lights, .Paak delivered all the goods off his three album catalog, plus more, to a sold out crowd that happily ate it up.

.Paak had with him a backing up band in full swing, and he himself dueling as drummer and frontman. His backing band is no other than the dynamic five-piece, the Free Nationals. This allowed the performance to transcend rap and R&B by touching on elements of funk, rock, and even psych.

He opened the night with two Oxnard tracks, "The Chase" and "Who R U?" Next up was the single that earned him his 2019 Grammy, "Bubblin'."

“I told y’all I’d be back,” he joked in between songs. “But you didn’t know I’d be back with a muthaf*ckin Grammy tho!”

The night went on seamlessly as .Paak highlighted every corner of his rising career, from cuts off his debut album Venice, to a performance of "Suede" from his NxWorries project Yes Lawd!

One of the best surprises came at the end of the set before the encore, where singer-songwriter Tayla Parx, who has co-written songs for the likes of Janelle Monae and Ariana Grande, came out to perform "Tints" with .Paak.

The three-song encore ended on a heartfelt cover and tribute of the late Mac Miller's "Dang!"

Check out the full setlist below: 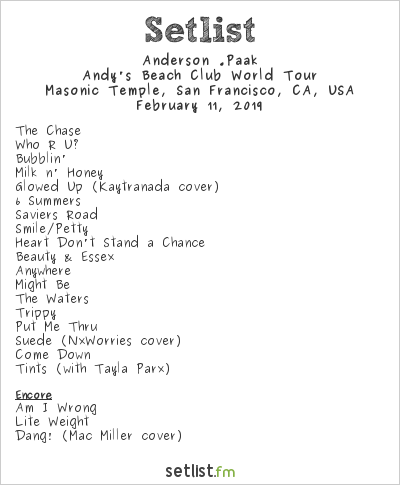 The Andy's Beach Club Tour is mostly sold out, so hopefully you snagged your tickets!