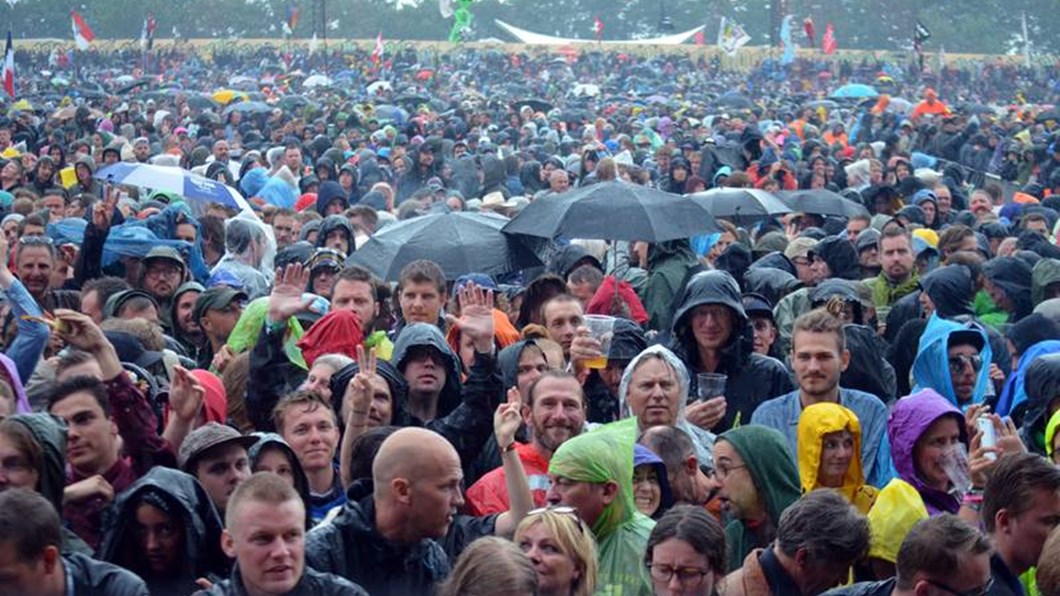 Roskilde Festival is huge in a way that's difficult to comprehend. Held in the eponymous Danish city, the event, now in its 45th year, nearly doubles the town's population with its 115,000 guests and volunteers. In addition to five stages, there are also campsites that host pop-up concerts and dance parties (both planned and impromptu), to say nothing of a general store, fishing and bathing lakes, and a crew of on-call psychologists. As media coordinator Martin Frederiksen pointed out, the barrage of events and array of services is no accident. Given that a large chunk of Roskilde's attendees are international (so much in fact, that all the festival announcements were delivered in English), there needed to build a whole new city to house them.

The music lovers' paradise isn't for the faint of heart, either. This year, the seven-day live music marathon brought dust bowls and rainstorms. Like Glastonbury, rain boots, wellies, or whatever you call them, are not just advised—they're downright necessary. And that's only partly because Roskilde attendees developed a casual relationship with bathroom facilities as the week wore on. 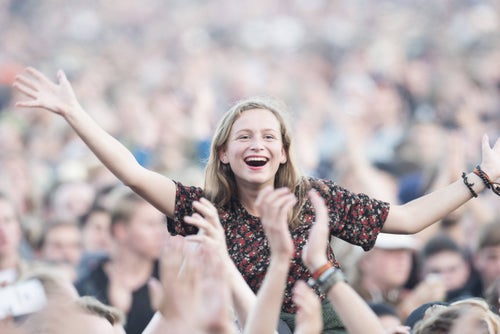 But this is all a small price to pay for the chance to throw your hands up in the air and chant along to White Stripes' "Seven Nation Army," which I quickly learned is a thing Roskildans like to do. A lot. This tradition began early in the week and persisted at every stage I visited. By midweek, the main event was off and running, populated by many of this year's major festival players. But the early days of Roskilde were all about new, upcoming, and just plain weird acts, with a heavy focus on Nordic artists. Icelandic rap group immediately stood out from both packs Reykjavíkurdætur. The 17-member feminist collective came out swinging and appeared to be having more fun than anyone else in sight.

After Wednesday, shows were comprised of heavy hitters, most likely coming to a festival venue near you. Highlights included Grimes' upbeat set, featuring Art Angels gems like "California" and "Flesh Without Blood," and a sea of multi-hued heads of hair.. Although they didn't have people dressing up in their honor, LCD Soundsystem, PJ Harvey, and New Order, and CHVRCHES also proved to be crowd favorites, with many fans queuing for hours for the chance to get a good glimpse. 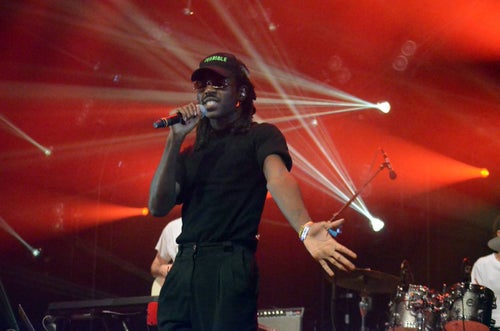 But many of the real jewels of Roskilde showed up on the smaller stages, including Blood Orange. Three albums into his career under the moniker, Dev Hynes is well on his way to becoming a next-gen Prince, and his set perfectlt combinined R&B licks with political commentary. It should be noted that it's also just a straight up joy to watch someone with so much stage presence.

On the other end of the spectrum was Roskilde's legacy act. At 71-years old, Neil Young and his band Promise of Real showed up and laid in, delivering a three-hour set that touched on nearly every facet of his iconic catalog. In what was perhaps the boldest move of the weekend, Young played "Heart of Gold"—complete with nine-minute guitar solo/jam session—only two songs in. 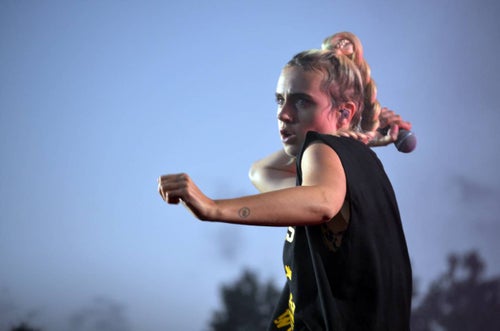 Still, Roskilde's most engaging acts tended to be unexported. Thanks to her singing with Glassnote, AURORA is officially an international treasure, but she proved that playful weirdness and pop still go sound best in Norway. The same goes for Danish act Choir of Young Believers, who since their debut folk-driven album in 2008 have morphed into a slow-motion R&B outfit that makes frontman Jannis Noya Makrigiannis into something akin to a Scandinavian Beck. MØ has seen a measure of success thanks to Major Lazer collaboration "Lean On," but the Danish pop queen is usually relegated to smaller venues when she plays the States. In her homeland, she performed on the main stage just before LCD System, pointedly wearing a "Refugees Welcome" t-shirt. The high-energy, confetti- and pyrotechnics-filled was a prime indication that she's ready for the spotlight everywhere. When she dove into the crowd, the sea of fans nearly swallowed her hole.

As expected from any seven-day trip to a foreign country, Roskilde was long, adventure-filled, and action-packed. As the bus pulled away from the festival grounds early Sunday morning, I was still craving one more big adventure—a long nap.