“The idea of our Desk Tape Series began some years ago for us to help in a small way to help give road crew recognition to themselves and to the public for their contribution to the Aussie music industry,” say founders and co-directors of ARCA, Ian Peel and Adrian Anderson.

The Desk Tape Series features are usually recorded by the acts' sound engineers, right from the mixing desk, giving the live recordings a sharp live punchiness. Australian Crawl: Live At Billboard 1981 was recorded and produced by George Alexander, the stage manager at the time.

You can listen to Australian Crawl: Live At Billboard 1981 right here. 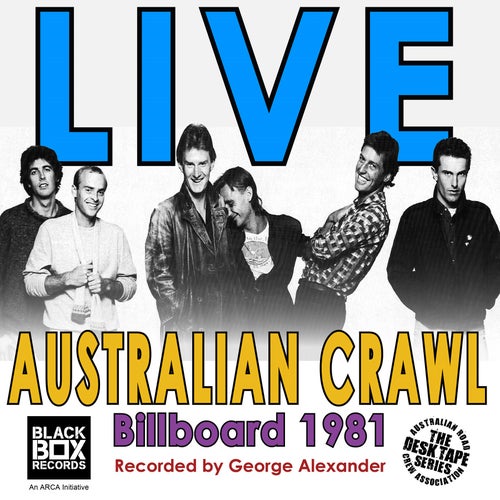 If you wish to help out, donate or read more about supporting artists, crew and music workers, head to the Support Act website.