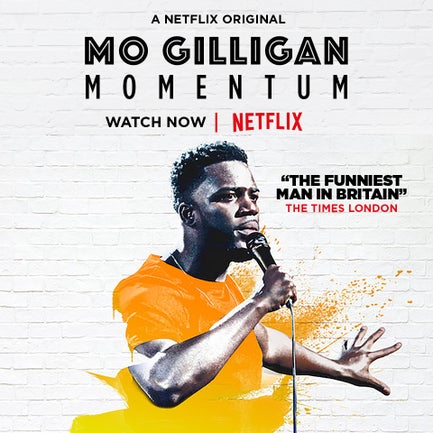 With his high-energy style and stunning physicality, Mo is one of the UK’s fastest rising comedians with an online reach running into multiple millions. His sketches regularly go viral, trend and are co-signed by some of the most famous names in international music including Drake and Stormzy.

Recently named The Funniest Man in Britain by The Times, Mo’s debut Coupla Cans stand up tour has smashed records selling over 50,000 tickets to date including a huge two week West End residency, with numerous dates selling out in minutes.

In his debut Netflix stand-up special, released globally in 190 countries today, comedian Mo Gilligan blends smooth moves and sharp humour as he riffs on humble beginnings, family dynamics and the complex art of dancing in the club.