KAM BRADBURY TALKS GRATITUDE, RELEVANCE AND TOURING AHEAD OF THEIR DEBUT HEADLINE AUSSIE TOUR KICKING OFF THIS WEEK! 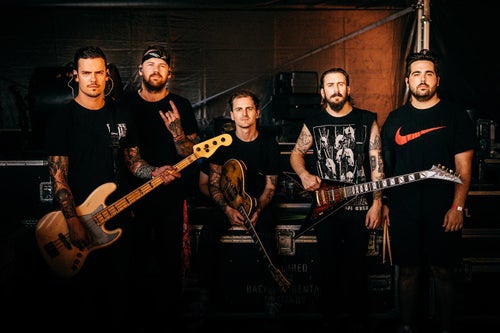 Ohio hardcore band BEARTOOTH are bringing their 'The Disease Tour' down under. Having toured new album Disease extensively across the USA and Europe, they’ll be making their way to Adelaide, Melbourne, Sydney and Brisbane this month for four relentless shows of riff-driven intensity. With both Melbourne and Brisbane shows already SOLD OUT, there's little doubt Aussie fans are going to be in for an epic ride. They have just finished up touring around Europe to scores of ecstatic fans with their high energy, raw and impressive live shows. The boys kick off their Aussie tour this Thursday, July 11 at The Gov in Adelaide. Last week we had a chance to chat with guitarist Kam Bradbury about the upcoming tour, the fans, the new album and what we can expect when they hit our shores.

You’ve consistently put out releases almost yearly which is impressive. You’ve proved yourselves as one of the hardest working bands out there whether in working on releases or touring and live performances. How important to you that you maintain that momentum and remain on the radar?

Very important. I see the music scene like a revolving door with a super high turn over. Touring and playing shows is the most fun thing to do. I want to be on the road as much as I can. It's so important to remain as relevant as possible and keep up with an industry where bands come and go so quickly you need to stay relevant.

Looking back to 2014 with “Disgusting” then to now it’s clear you’ve only become more and more refined and tight as a band. Reflecting back how would you explain that evolution? What do you think the biggest change from Beartooth’s beginning to where they are now?

I don't think we've changed that much. We've had minor member changes but nothing has really changed internally. Caleb is constantly writing and we tour our asses off. Same as day one! The only difference is larger production and crew but at the end of the day, we are still there just to play in front of a crowd. 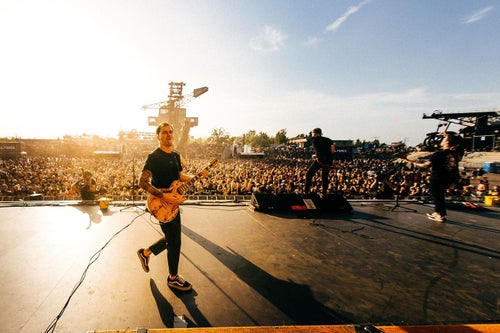 Your recent European tour went incredibly well and had rave reviews. The intensity and energy on stage in your live performances is raw and no holds barred. Is this a sort of physical catharsis of the material and how hard is that process of making an album and translating that to a live performance?

It's such a big thing to me to put everything into the live performance. It's the biggest release ever. Everything just goes away fro 30mins  or that hour you're on stage. Honestly, from the time I step on the stage to the time I step off it is my favourite thing about being in a band. I'm always happiest after I've played on stage.

You guys are so great with your fans and your love and engagement with fans shines through in everything you do. What do the fans mean to you and how important is that relationship to you and the band?

I look back as a music fan and think about that fantasy. I still fan boy over certain bands myself.  I just go back to my 15 year old self and think about how awesome it would have been to meet and get a photo with a band I love. I love that aspect. We wouldn't be doing what we do without the fans. Showing gratitude to those fans is such a small part out of our day and I don't understand when bands don't engage or do meets etc with fans.

Of course, there's an awkwardness when you're meeting loads of strangers, it's weird. But I would never want anyone to think I came off as insincere or not nice, to be honest, I get super nervous as much as fans do.

Musically and lyrically the honesty and genuine authenticity fuelled by the raw fury of your live presence is something you’re known for and transcends across audiences. How do you keep yourselves modest and maintain that ethos in an industry that is sometimes lacking just that?

I don't really know. We are just super grateful to be at the point we are at.  We get to do what we love - touring around the world with our best friends.Every night I look out  at the crowd a take a step back and think about how lucky we are. It could be taken away at any moment. 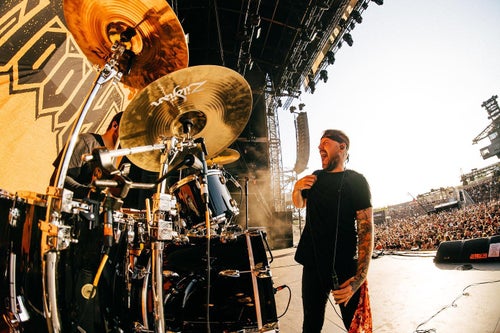 There is a constant spotlight on and emphasis on the various issues behind the new album ‘Disease’. I’m sure there comes a point when you just want people to take the album as it is and let it speak for itself.

I think Caleb's lyrics are relatable. Everyone goes through a dark time. It's pretty straight forward. I think the album has something in it that everyone can relate to. I think that's why its shed so much light and awareness on mental health, especially coming from males.

‘Disease’ was tracked at Blackbird Studios, the birthplace of some incredible work by epic bands like Alice in Chains as opposed to Caleb’s usual process. How much impact did this have on the final product and the experience of making ‘Disease’?

I think it just pulled Caleb out of his comfort zone. He was writing songs in so many different environments across the world. Being in that studio and being around so much music and tools made the album even more authentic. There is nothing on the record that was sampled or not instrumental. There was nothing simple about the album and if anything the process of the studio only helped with authenticity. 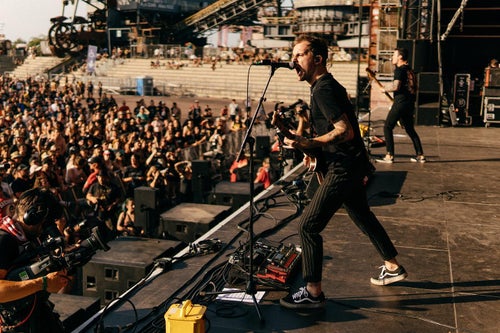 Personally, what is your favourite track on ‘Disease’ and love performing live?

I love these two songs and I think they really represent both ends of the spectrum when it comes to the diversity of the album and they are even the first and last track on the album!

We have never played 'Clever' live before. It's one track I love to listen too. And I hope at some point we do it live. Both tracks are real guitar tracks too so, of course, I love them but they are as I said both so diverse. 'Bad Listener' is another track I really love to play live. The energy is huge and there is so much crowd engagement involved and moshpits etc.

There is a diverse range of songs on ‘Disease’ really showcasing the scope of the band’s evolution in both songwriting and musical composition. How exciting for you was it to step outside the ‘box’ and experiment with different variations of Beartooth?

It's very cool. Especially from a live aspect. A song like 'Enemy' which is a fast and heavy track, then stepping into 'Afterall' is a totally different vibe, almost a hand waving, sing-along song. But it is nice to have those songs as a bit of a break to cool down before we go up again. We love to diversify the shows. We like to send the show into a kind of wave. Super hot, then cool down then warm-up, then high again, then come down. 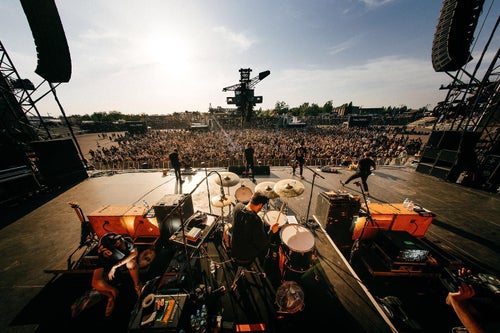 As I mentioned earlier the intensity and potency of your live experiences are unsurpassed. What can your Aussie fans expect when you hit our shores next week

My advice is "Get some sleep the night before". It's going to be a rowdy one! We've got one hell of a show coming and a lot of energy. I hope we have some fantastic shows and the fans enjoy them too.

What are you most looking forward to with these Australian dates?

Getting to spend some time in one of my favourite places - Melbourne. Such a cool city. We'll get to spend three days there hanging out with the guys from The Amith Affliction. I just love it there. Aside from that, I'm really looking forward to the mosh! 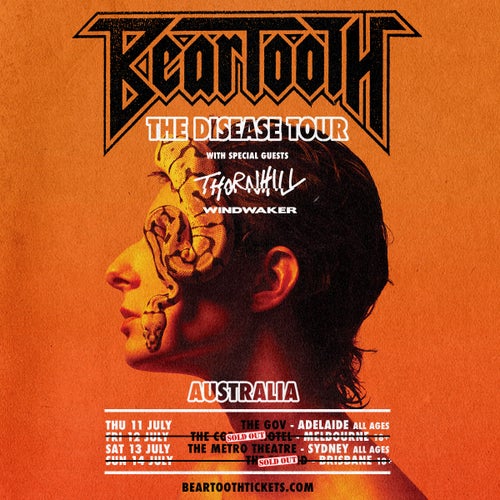 'The Disease Tour' Australia kicks off tomorrow night at The Gov in Adelaide! With both Melbourne and Brisbane sold out, Adelaide and Sydney fans better get in quick!

Don't sit on this! Grab your tickets below!