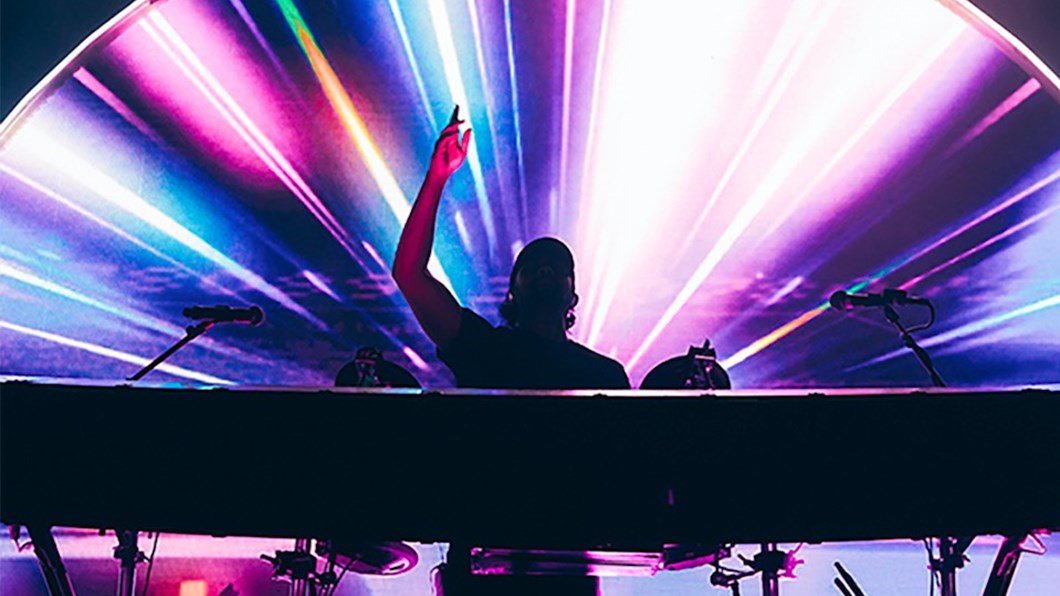 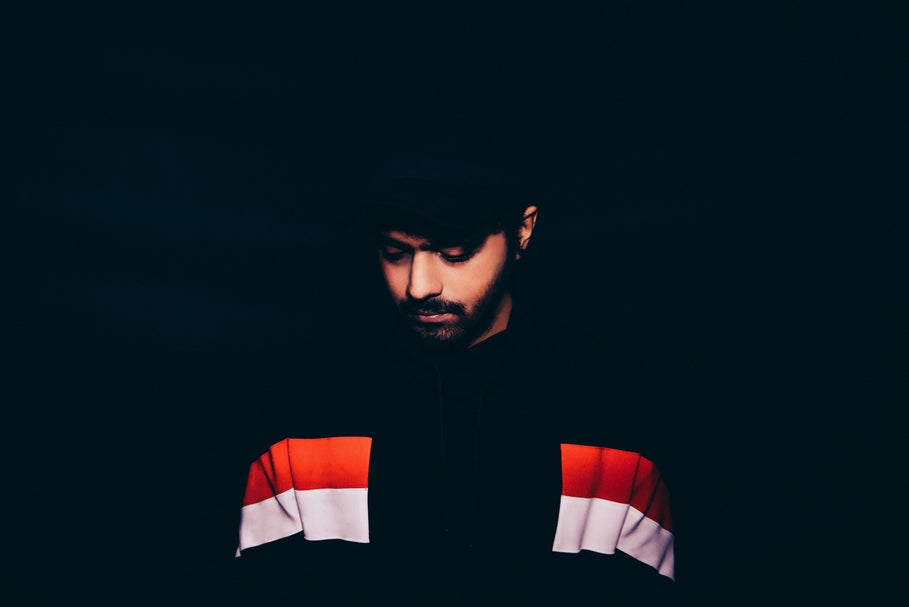 After hundreds of millions of streams, blockbuster festival sets and headline shows across the globe, JAI WOLF will bring his 'The Cure To Loneliness' tour to Australia this November.

Born in Bangladesh, raised in New York City, inspired by everything from indie-punk to hip-hop, orchestral symphonies and the Bollywood classics of his parents, Jai Wolf’s life and music have been defined by a liminal quality that only a third culture kid could understand. It’s that quality that takes centre stage on his new record, “The Cure to Loneliness”. The album sees him slip between references to cultural moments with an ephemeral quality tinged with nostalgia. The sunny melodies and bombastic hooks bely subject matter that often ruminates on loneliness, distance, and a lack of place. This all converges to create an emotional complexity to the music that cuts deeper than the average festival fare.

We recently had the chance to chat with Jai Wolf ahead of his upcoming Aussie tour and see what fans are in for this November!

What can your Aussie fans expect from the Cure to Loneliness tour this November?

We are bringing a brand new live show filled with visuals and all DJ set. It has been a culmination of working hard over 2 years of touring and playing live shows as well as an album to pull it all together.

What was the inspiration behind the new album?

I was working on 2-3 albums and it kinda hit me in 2017. My personal life took hold over me and then became the theme behind the album and once I made that discovery the songs just came.

Visuals form a large part of your live shows. How important is it to you make your music transcend into a live journey and/or performance?

Really important. I'm so inspired by artists that can create a larger than life performance. Artists like Kanye West, No Matter, G Jones... so incredibly detailed and pulled together by visuals and lights in a way that brings everything about the music to life.

After working with Odessa on tour and gaining a sort of mentorship it became important to me to build a world that transcends the music I make, The process became so clear with me. The world, the performance was equally as important as the music itself in creation.

What is your favourite track to perform off the new album and why?

'Still Sleeping' - I'm always listening to it recreationally. It's kind of poppy. It has this sort of Robyn and The 1975 inspiration. I feel like it is kind of a merger between my world of electronic music bridged between genres.

But to play live, I love playing 'Lose My Mind'. It's one of those fun sing-a-long songs that really amps up crowd participation and gets everyone engaged in the experience. Triple J has been very supportive in plugging that track.

I’ve read that ‘JAI WOLF’ spawned from an Indian name. How does your Indian heritage play a role in shaping your music or would you say very little (given you’ve lived in the USA almost all your life)?

It definitely played a big role whilst 'Indian Summer' was out.  Now with my new album, there's a move away from that direction. But it is important and remains so that the name stays. The name is important if nothing a subtle nod to that past.

Your live performance has become well known for the amazing ‘orb’ set-up. Is there a reason behind the design or is it purely aesthetics?

The intention or birth of the ORB was about 3 years ago. Around 2016 was the first incarnation of it. Now we are kind of on Orb 2.0. Initially we wanted something simple that would stand out from the LED screens. I wanted something recognisable. Something beautiful and simple and not aggressive. Something elegant.

I hope in the future to have the opportunity to bring it over to Australia and worldwide but it's almost impossible due to sheer size. But I am so proud of my show and the album and the show itself is so good with or without the ORB present.

Looking back over your career and your current rise, what’s changed personally and musically for you?

Musically, I've gotten better at writing and more direction as an artist. This new album I think really solidifies that.

Personally, ups and downs. I've been through so much in four years. A lot of which have been challenges and bad days.  But I've come to know that there is no bad day without a good day. That idea of better days ahead and that sense of riding a rollercoaster is a reflection of what this album really is.

Lastly, who are you listening to at the moment?

The 1975. I have to admit I am obsessive. I even used to be a hater years ago but since the new album, I have become obsessed. I'm totally fangirling over it and them. 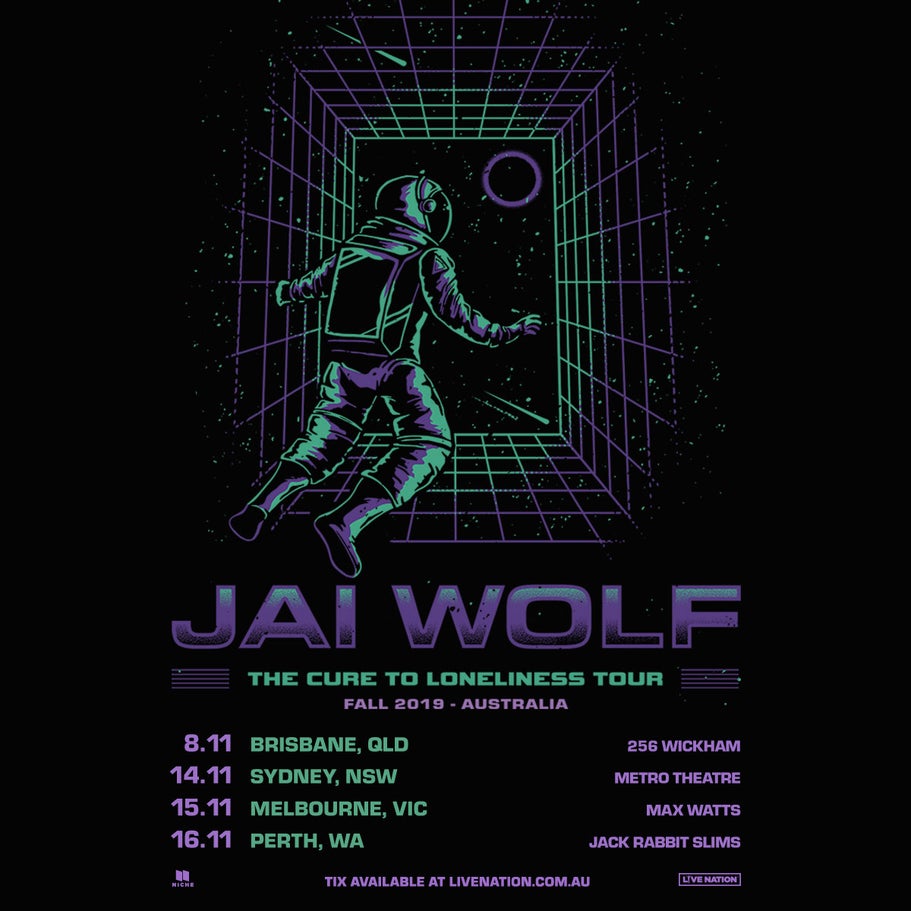 Don't miss Jai Wolf live this November in what will be both an immersive and emotional tour into the electronic world and an embrace of his cure to loneliness.