Interview: Get To Know Taylor Castro

Before you see and hear her on her upcoming World Virtual Tour, get to know Taylor Castro. Live Nation got the chance to chat to the singer-songwriter to find out a bit more about her music! 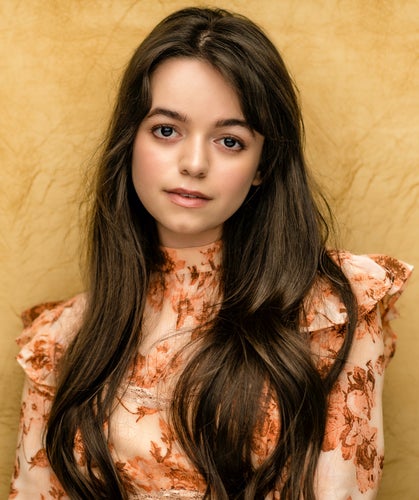 1.) Thanks for taking the interview. Can you tell us more about yourself? E.g. where are you from, music background, where do you live?

I grew upright in the middle of Miami and Ft. Lauderdale, Florida in a large, rural/suburban area with lots of horses and greenery. I’ve been singing as long as I can remember and I eventually participated in musical theatre from an early age. Later on, I got voice lessons and began making covers of my favourite songs. Writing, however, has always been my true passion. There are song idea drafts from as early as third grade and home videos of me creating parodies for songs before I actually knew how to write anything. Grant it, they’re quite terrible, but they’re there. I began pursuing music professionally at fifteen with this vision of an album all about my obsession with purity. It was finished four years later, but it turns out I wasn’t at all finished creating.

2.) How would you describe your music to someone who's never seen you play before?

My songs are three-minute stories. They sound how the story sees fit so it’s not always a unified music style. If they were colours, they’d be a diverse palette. For PURE, I said my sound was pop-folk, but I’ve deviated from that in my sophomore album. Like my music taste, there’s no restrictions; there’s only stories to love. It’s like Taylor Swift, but without any borders between her many musical eras.

3.) How did you start your music career? Do you have any tips for young people looking to make it in the industry?

Unfortunately, I got very, very lucky. My mom was in the industry as a teenager. She had some remaining connections who had other connections, and I was in a professional studio before I knew it. Fortunately, however, the aftermath of delivering these songs to the public was a great challenge and one that we’re still currently trying to decipher. It’s really all about trial and error. There’s countless folks who try to sell you the stars. As their employer, you have to develop a sense for picking up their scent. As time goes on, you get better at it. That being said, my team and I are definitely still learning. Usually, if you have to change what makes you in the first place, that’s the wrong path.

4.) We know you compose and write all your own music. How do you usually find inspiration? Can you tell us more about your writing/ production process?

Truth be told, I’m not the best with instruments and music theory. A lot of my songwriting happens in my head. If not, I’m able to make it through with the limited amount of chords I know on guitar, ukulele, or piano. With that foundation, I’m able to create more than most would imagine. However, the development of a song always comes about differently. The whole thing may spill on the page in an hour or I might just get this idea for the first few lines and not, for the life of me, figure anything out until something finally clicks months later. I like to think that songs are a lot like plants because they all have different methods of growing; you need the water and you need the sun, but you need those things in different amounts that are unique to the seed, which will only bloom when it’s ready. Once it peeks it’s head out of the dirt, so to speak, I pass the song over to the producer who begins creating a track more elaborate than I ever could. As for inspiration, it comes from the compost heap: everything in my life, every person I’ve ever known, every feeling I’ve ever felt, and every writer’s work I’ve ever loved.

5.) How do you know when a song is done? What's the marking point?

Honestly, I know the song is done when I’m not willing to fight over anything anymore. Each one goes through at least half a dozen revisions and needs to be approved by a lot of people, finishing with me. I’m a harsh critic of the work going out into the world with my name on it so I veto a lot of mixes. Once I don’t feel the need to veto anything, I know it’s ready to be mastered. Once it’s mastered, I know I made the right choice if it’s magic.

Oh man, I have so many. It’s often overwhelming to think of all the brilliance out in the world, but I’m comforted knowing I’m able to appreciate all of their worth without comparison. I think Taylor Swift is a force. Really, songs like “Enchanted” may have strongly influenced my songwriting from an early age. Today, I think “Miss Americana and The Heartbreak Prince” is one of the most brilliant songs I’ve ever heard, if not the most: the imagery, the political allegory, the bridge with those cheerleading phrases? It’s insane how incredible it is. Another one of my favourite writers is Gregory Alan Isakov, a folk artist. He basically puts poetry to music and he’s one of the only people who can make me cry from the sheer beauty of words and suggested meanings. I love a lot of bands too: Mumford and Sons, The Lumineers, The Head and the Heart, and all those amazing bands from the 2000s who slipped astounding lyrics into childish melodies and angry compositions.

7.) You tapped into your struggle with OCD, a mental illness which affects people the world over, in ‘Girl, Afraid’. What gave you the courage to open up?

I always knew that opening up about it was something I wanted to do; it’s one of the reasons I wanted a public image. There’s a real stigma of all mental illness. For people with OCD, we’re constantly dealing with hearing our illness being misunderstood and used as slang. I was watching a makeup tutorial on a high profile magazine’s Youtube one time and the celebrity said she was, “like so OCD about her eyebrows.” This was from a publication that often spoke up about political opinions. The fact that no one in the company thought to cut out the term drove me crazy. Millions of people saw that video. Millions of people now think it’s ok to use OCD as slang for wanting things organized. That’s why speaking up and helping to educate people about it didn’t even take a second thought. As a member of the community, it’s my responsibility to do what I can to end the stigma and comfort those who are going through any form of mental illness.

8.) Reflecting on your personal and music journey, what is the biggest thing you’ve learnt about yourself as an artist?

I’ve learned what I’m good at. Growing up, I got pulled in so many directions, became so many people I’m ashamed of. I tried to do musical theatre and it turns out that I really don’t like how showy it is (sorry musical theatre people, you’re great). I tried to just sing, but I’m more than a singer. I’ll also never be the best singer because no one will ever truly be the best singer. That’s like trying to be the most beautiful; it’s all subjective. Showy performances? Definitely not. I’m a storyteller. Writing the songs is what I’m good at, and I’d like to think I’m good at sharing their stories. There’s nothing I love about doing this more than that moment when the lyric finally comes to you: when the eyes go all wide and it’s at the tip of your tongue before finally leaping out into existence. There’s nothing like that and, in all the places I’ve tried to belong, I’ve learned that it’s been in that moment all along.

9.) Which artist would you like to collaborate with and why?

I’d love to collaborate with one of my favourite bands, especially Mumford and Sons! I think Finneas is an incredible songwriter and I’m so excited to see where his personal music takes him. I’ve also seen a huge wave of people my age who are creating absolutely brilliant work: EDEN, Olivia Rodriogo, Conan Gray, Joshua Bassett, Gracie Abrams, Ruel. I’d be honoured to work with anyone of them.

10.) We are very excited about your Virtual Tour! What should the audience expect? Any special message to people who will be watching the performance?

Thank you, so am I! It’s a set of five songs starting with my most recent single and a personal favourite, Abyss. The audience should expect a wide range of stories and, simply, to have fun. I hope anyone who watches it sings along from home and I want to thank them for their support during this journey. It means the whole wide world. See you there!

You can catch Taylor Castro performing live on our Facebook Page on Saturday 23 of May at 6PM. Click here for more details.