Download Festival is just around the corner - happening this Sunday in Sydney and Monday in Melbourne - and ahead of the epic day out, the festival have unveiled the highly anticipated set-times for the event.

The festival will include some of our favourite metal acts, a number of which will perform at the festival as their only Australian dates, including Judas Priest, The Amity Affliction, Halestorm, Rise Against, and more. 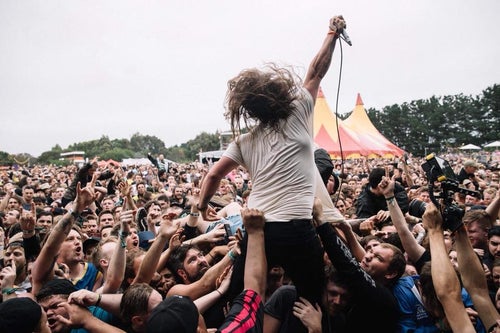 The five different stages (Black Stage, Red Stage, Avalanche Stage, Dogtooth Stage, and Ascension Stage) will kick off performances at 12pm, and run through until 11pm - with the festival closing out in Sydney with Slayer and Ghost.

Here are the set times for Sydney - which is happening this Sunday, March 9th at Parramatta Park:

Melbourne will finish a little earlier, with Ghost and Halestorm as the final two acts for the night, wrapping up by 10pm.

Here are the set times for Melbourne - which is happening this Monday, March 11th at Flemington Racecourse: 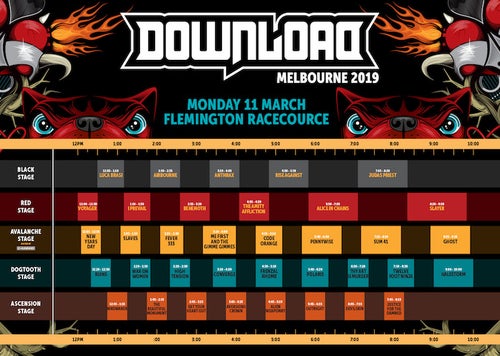 Final tickets for both cities are available now - get them via the button below!