AT HOME WITH KILLSWITCH ENGAGE: BALLS TO THE WALL INTERVIEW

The holidays are over. You made it. And yes, sure, you made out like a bandit on Christmas, but we wouldn't judge you if you wanted to get yourself a little something. Might we suggest Killswitch Engage's Beyond the Flames Home Video Part II? Their last live DVD was put out over a decade ago, so we caught up with singer Jesse Leach to get some details on the new release. In case you're not a big impulse buyer. Read on!

The last time you released a live DVD was in November of 2005—why’d you feel it was the right time to release something at the end of 2016?

We wanted to be sure we had enough interesting footage to tell the story of the band, Howard Jones' departure, and my return. I had started filming footage from a GoPro camera back in 2013 and wanted to gather as much as I could to get this whole idea rolling. I remember sitting in a restaurant in Moscow with Josh, our longtime friend and KsE Production manager, and [bassist] Mike D. We came up with the initial idea to start gathering footage from festivals and have my GoPro footage be a part of the process. So by 2015, with a ton of help from Denise Korycki (who did the first KSE documentary), we thought we had enough to get it off the ground. Denise is a big reason this is seeing the light of day.

There’s over three hours of footage on this release —for your most avid, loyal fans—what would you guess will be the highlight?

Well, for me, seeing how a band is off stage is what makes me curious. I want the fans to know that we are five guys who are close as brothers and really love what we do. To me, even more so than watching a band play live, is getting the people to see the dynamic behind it all. That is what is intriguing.

Are the shows that look and sound the best on film the same shows you consider your personal favorite performances? Or are those not necessarily connected?

No! In actuality, we went for raw energy on these. The recording and the performance are not flawless and not overdubbed, as the case tends to usually be with live DVDs. We wanted to show us, flaws and all, balls to the wall, being us. I'm a hardcore punk guy, so for me, it's all about the feeling and the synergy of the music live… clearly not flawless performance. Ha!

With over three hours of footage and a 75-minute documentary… how did you decide what to include?

It had to tell a story with enough points of view to be thorough and interesting. In the end, we decided not to cut it down for the sake of modern short attention spans. So this is the 'long version"'and I think it came out pretty damn good.

Is there anything you personally loved that ended up not making the cut?

Nah, I think most of the stuff that made it was perfect. There were a few things taken out for copyright purposes that I thought were funny…but can't win 'em all. Some people are sticklers for their precious logos and likenesses.

With a live DVD, what’s the utmost goal? To fill the time in between shows for fans who always show up? Or to convince fans who are only listeners to level up and be a part of the live experience?

I think we just want to show the fans who we are now as people and as a band… although there are still unspoken details that may or may not ever surface in this story. I feel, for the most part, we are giving the fans a more open and understanding interpretation of my initial departure from the band and my return. There is also a decent amount of time spent on some of the issues between Howard and the band. However, again, insomuch as can be said while maintaining respect for Howard's privacy. 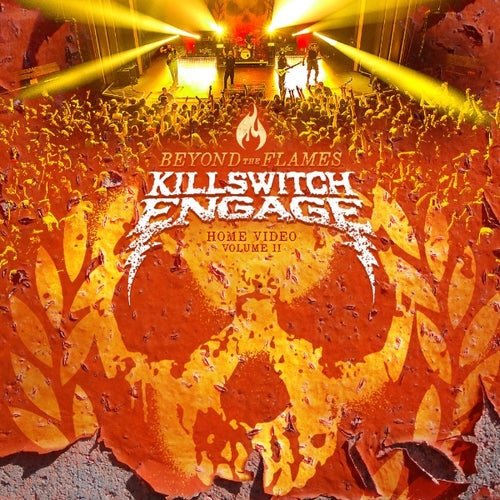