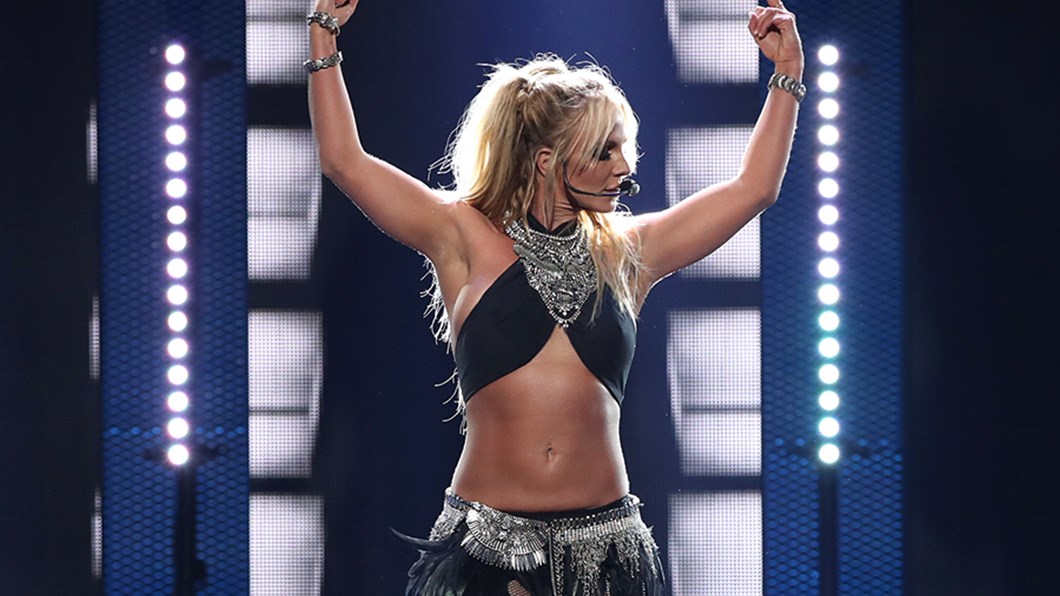 A day away from what was supposed to be the kickoff of Britney Spears' second Las Vegas residency, it's starting to sink in more than ever that we're going to have to wait much longer to see our Queen return to the stage.

Before we grieve over what could have been, let's establish some facts. Britney Spears single-handedly paved the way for the modern pop star to launch their own Sin City residencies. Yes, Celine, Cher and other LEGACY acts who've had decades-long careers have been in Vegas and did a damn fine job but in 2013, Spears became the youngest and first culturally relevant pop star to give Vegas a go, and she succeeded with a four year run of "Piece of Me," which eventually toured the east coast and overseas to record-breaking crowds.

Spears redefined the modern-day Vegas residency, soon after, other A-list acts like JLO, Gwen Stefani, Bruno Mars, Lady Gaga and most recently, Christina Aguilera have all followed in Spears' groundbreaking footsteps. Credit where credit is due, Britney made the Vegas musical landscape what it is today.

Moving on, when Spears initially announced the cancellation of her new residency on January 4 due to an "indefinite work hiatus" to focus on family, my first instinct was to be upset, but I had to support my Queen, after all, she is human and I applaud her for putting family first. But with the now axed kick-off date approaching, I'm getting all sorts of FOMO on what could have been the greatest Britney Spears show to date, I mean, did y'all see the iconic rehearsal footage?!

"Domination" was set to showcase a more "urban" side to Spears' discography, rumored to have more of a hip-hop influence than her "Piece of Me" residency, Spears had fans (me) shook.

Rehearsal footage revealed fan-favorites like "Do You Wanna Come Over," "I'm a Slave 4 U" and even the surprisingly all-French vocal Glory track, "Coupure Électrique"! With nothing but our hopes and wishes, I'm going to dream up the ideal Britney: Domination setlist for the true stan, confirmed rehearsal songs aside. Though if I'm being honest here, she could switch between "Soda Pop" and "Dear Diary" for an entire show and I'd still be losing my shit in the front row but let's go...

Interlude: Megamix Video - a clip with the beat for "Hold It Against Me" plays while a montage of Britney's best dance scenes are featured on the screen, a la the "Break The Ice" interlude form the "Circus" tour that I absolutely lost my shit too when I saw the show.